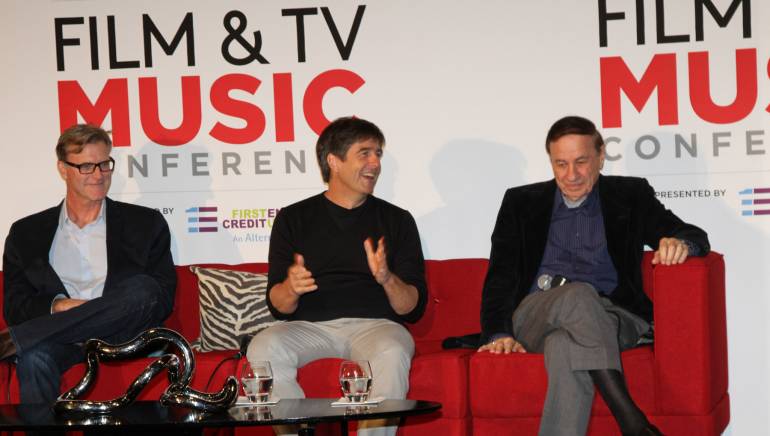 In theaters December 20, Saving Mr. Banks centers on the creator of Mary Poppins, author P.L. Travers (played by Emma Thompson), and her experience negotiating with Walt Disney (Tom Hanks) and his team to bring her story to the big screen.

Moderated by BMI Vice President of Film/TV Relations Doreen Ringer-Ross, the panel featured Saving Mr. Banks director John Lee Hancock, BMI composer Thomas Newman (who scored the film) and BMI composer Richard M. Sherman, who, along with his brother Robert B. Sherman, created the music and lyrics for the original 1964 Mary Poppins movie and served as a consultant on Saving Mr. Banks. The discussion touched on the relationship between composer and director, the history between Walt Disney and the Sherman brothers and the Saving Mr. Banks cast, among other topics.