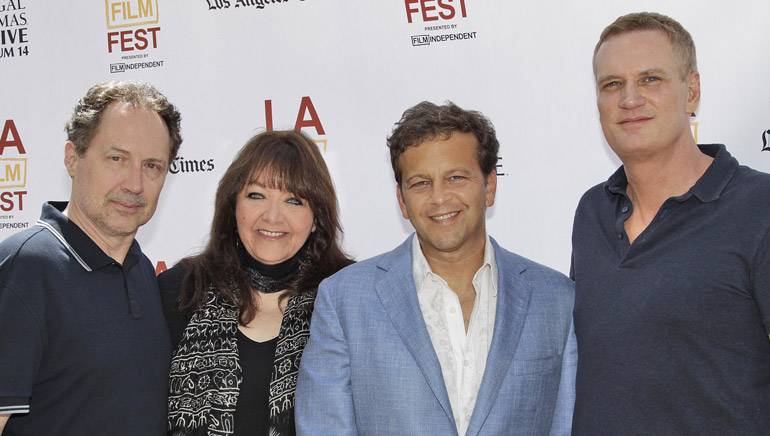 Broadcast Music, Inc. once again sponsored its annual “Coffee Talk” discussion on June 15, 2014, during the 20th edition of the Los Angeles Film Festival. The event, presented by Film Independent, each year showcases new American and international cinema and provides the movie-loving public with access to some of the most critically acclaimed filmmakers, film industry professionals and emerging new talent by bringing them together in the heart of the entertainment capital of the world.

“Coffee Talk” was held at the Luxe City Center Hotel in downtown L.A. and was moderated by BMI Vice President of Film/TV Relations, Doreen Ringer-Ross. The discussion featured BMI composers Mark Isham (Crash, A River Runs Through It), Aaron Zigman (The Notebook, Sex and The City) and John Ottman (X Men: Days of Future Past, The Usual Suspects) sharing stories about the evolution of each of their careers, their creative process, trends in film scoring, interfacing with sound design and navigating through production challenges.