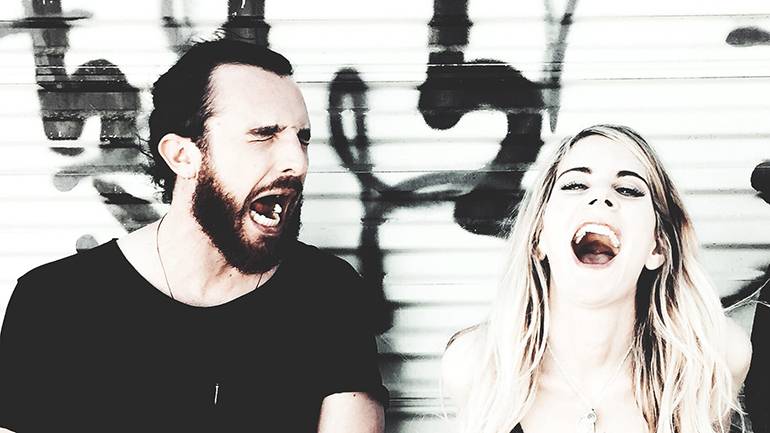 Chelsea Effect is a band project created by Canadian singer/songwriter Mandi Perkins (of Verona) and Italian songwriter/producer Francesco Rigon. The group’s name and spirit pay tribute to the iconic Hotel Chelsea in New York City, which for more than a century hosted creative luminaries (Bob Dylan, Janis Joplin, and Allen Ginsberg, to name a few), who in turn inspired entire generations and movements. Chelsea Effect is currently touring after releasing their sophomore album, Don’t Wake Me Up If I’m Dreaming, which focuses on finding happiness even in the darkest places; Perkins calls it “reminiscent of a late summer sunset: bittersweet and beautiful.” They’ve been featured on several major Spotify playlists such as Fresh Finds, Poptronix, and New Music Fridays, and appeared at festivals like Bottlerock and Milwaukee Summerfest. Their indie-pop songs are lyrical and tightly produced, with a wondrous vibe. As Perkins tells The Playground, “Our sound is warm, honest and vibrant. The type of music you would want to hear at a festival at sunset. We hope when people listen to our music that they feel less alone.”