Posted in MusicWorld on February 18, 2009 by Jonathan Marx 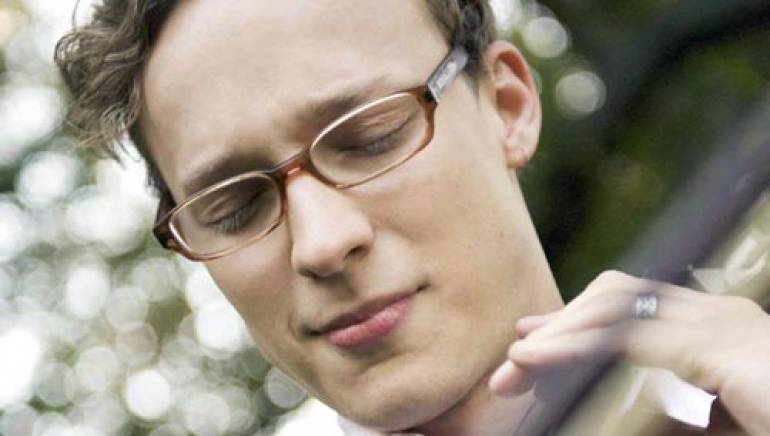 Diverse currents coalesce in the music of singer-songwriter-cellist Ben Sollee: the folk and bluegrass of his native Kentucky, the searching soul music of singers like Sam Cooke, the Western classical tradition he studied in college. But what emerges on his debut album, Learning to Bend, is a wholly personal voice — that of a young man finding his place in the world.

At 25, Sollee is already a veteran performer, having toured as a sideman with the “trance blues” singer Otis Taylor and as a member of the Sparrow Quartet with Béla Fleck, Abigail Washburn and Casey Driessen. It’s in the company of these artists — all visionaries who blur the distinctions between tradition and innovation — that Sollee learned how to forge his own unique style, one that involves plucking the cello like a harp to create a deftly rhythmic accompaniment to his bluesy vocals.

“The role of the cello isn’t that different [from classical music],” he argues, “but I’m doing it in a different context, using a different vernacular. All the techniques I’m using have been done on so many other instruments. I’m just catching up to guitars, violins and basses.”

This distinctive approach has earned Sollee recognition from National Public Radio, which named him one of the Top Ten Unknown Artists of 2007, and from the publication No Depression, where he placed No. 5 in a readers’ poll of the top albums of 2008.

Personal and political concerns commingle on Learning to Bend, but if it’s hard to tease out any one dominant strain — thematic or musical — in Sollee’s songs, it’s because they’re all of a piece for him. “I’ve really been digging into music that was produced by immigrants in the earliest days of the United States and trying to recognize how that’s influenced things [in Kentucky],” he says. “I’m also recognizing how my locality fits in nationally, how our resources and our culture are wanted by the rest of the U.S. I think that’s going to be a big focus on my next CD: where we fit into this whole thing.”