Posted in MusicWorld on March 23, 2010 by Jonathan Marx 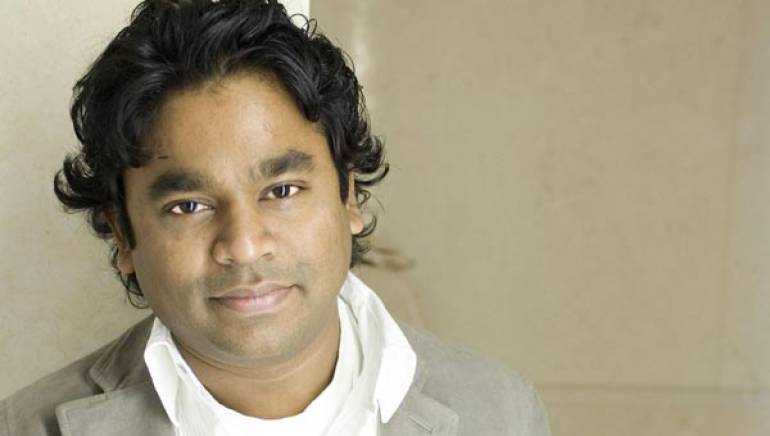 More than a year after the U.S. release of Slumdog Millionaire, Indian composer A.R. Rahman is still riding high atop the wave of praise and anticipation generated by his stunning soundtrack for the film. A Golden Globe and two Oscars resoundingly confirmed his place as an auteur’s ideal musical counterpart, while the Pussycat Dolls’ English-language version of his song “Jai Ho” thrust him into the American pop culture-and pop charts-stratosphere. Now, the U.S. music community has fully embraced Rahman with the first two Grammy wins of his career: “Jai Ho” was victorious in the Best Song Written for Motion Picture category, while the Slumdog soundtrack garnered Best Compilation Soundtrack Album for Motion Picture honors.

All of this would be exciting for any musician, but Rahman isn’t just any musician. With sales of more than 100 million records, he happens to be one of the biggest-selling artists in the world - a fact that Americans are now catching on to, thanks to the success of Slumdog Millionaire. In his homeland, where movie soundtracks generate most of the country’s pop hits, he has scored the music for more than 100 films, and the list of awards he has won is staggering. This past December, the CNN-IBN television network named him Indian of the Year, an honor previously presented to Prime Minister Manmohan Singh. Here in the U.S., Time magazine recently recognized him as one of the 100 most influential people in the world, calling him “the Mozart of Madras.”

And yet, speaking before the ceremony, this most celebrated of artists modestly admitted that he would be gratified to earn a Grammy-without devaluing the importance of any of his previous achievements: “I think that the Grammy is especially important for musicians, and it would be good to win one. I don’t even know if my categories are going to be televised this year, but let’s hope so!”

Rahman maintains a busy schedule, one intensified by his ever-expanding global success. In addition to scoring several films in India, he also created the soundtrack for Vince Vaughan’s romantic comedy Couple’s Retreat in the U.S. He signed a worldwide publishing agreement with Universal Music Publishing Group and is currently at work on an album for Interscope. “I’ve been working on ideas for the record over the past year,” he says, “and I’m trying to get it all together. I’m looking forward to including a lot of collaborations.” Rahman is reticent about the nature of those collaborations, but the Indian magazine Screen Weekly recently reported that he has been working with Eurythmics co-founder Dave Stewart and singer Mick Jagger.

At this point in his career, crossing borders and cultures comes naturally to Rahman, who began playing professionally before he was even in his teens. He studied Western classical music at Oxford University’s Trinity College of Music, and early in his career toured with Zakir Hussain, the tabla master known for his own genre-melding collaborations with guitarist John McLaughlin.

By its very nature, Indian film music is a hybrid creation, long celebrated for mixing sitars and Eastern scales with a wide array of Western pop influences. Ironically, Rahman had little interest in it as a youth. “I was more curious about what was happening in the world - in China, in France,” he admits. “As a musician, I wanted to look at different styles of songs, but create something with the soul of India.”

Thanks to this omnivorous musical appetite - not to mention his uncanny ear for melodies, rhythms and sleek sonic textures - Rahman is widely credited with making Indian film music relevant for today’s audiences. In this age of global fusion, he recognizes the particular appeal that his music may hold for listeners from Michigan to Mumbai, but insists that, no matter what he’s working on, style should always be at the service of substance. “Whether it’s the East or West, all films need great songs,” he says. “The way that songs are used in the movie might be a bit different, but even in India, we’re going through a change. We want to go further, rather than sticking to the same way of doing things.”

Jonathan Marx is a writer and editor living in Nashville, TN.