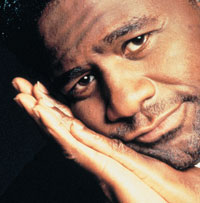 BMI has announced that legendary soul songwriter and recording artist the Rev. Al Green will be honored as a BMI ICON at the performing rights organization's 4th annual Urban Awards. The gala awards and dinner will be held August 27 at Club Tropigala at the Fontainebleau Hilton Resorts & Towers in Miami.

Green, who was recently inducted into the Songwriters Hall of Fame and who will be saluted with an all-star musical tribute that evening, will be honored for his enduring influence on generations of music makers. He joins a distinguished list of previous BMI ICONs, including country songwriter/artists Bill Anderson and Dolly Parton; R&B legends James Brown, Chuck Berry, Little Richard and Bo Diddley; "Soul Man" Isaac Hayes; Motown songwriting trio Brian Holland, Lamont Dozier and Edward Holland; and pop songwriting master Brian Wilson.

The BMI Urban Awards will recognize the songwriters and publishers of the most played urban songs on U.S. radio and television. An Urban Song of the Year, Songwriter of the Year, Publisher of the Year and Producer of the Year will be named that night. In addition, the writers of the songs that reached the #1 spots on the Billboard Hot R&B/Hip Hop and Hot Rap Tracks charts will also be cited.