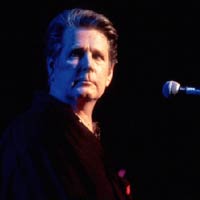 Legendary rock singer/songwriter and past BMI President's Award recipient Brian Wilson will be honored as a BMI ICON at the 52nd annual BMI Pop Awards dinner at the Regent Beverly Wilshire Hotel on May 11. BMI President & CEO Frances W. Preston will present the award at the black-tie affair, which also honors the songwriters and publishers of the most performed pop and rock songs of 2003. Wilson is the first songwriter to be honored as both a BMI ICON and with the President's Award.

Wilson will join an incomparable list of honorees who have had "a unique and indelible influence on generations of music makers," including Isaac Hayes, Bill Anderson, James Brown, Holland-Dozier-Holland, Dolly Parton, Chuck Berry, Little Richard and Chuck Berry. As part of the ceremony, a musical salute will be performed for Wilson.

The BMI President's Award was created in 1993 to honor an exceptional person in the entertainment industry deserving of special recognition. It symbolizes BMI's commitment to creative and unique individuals who have made this industry what it is today. Wilson received the award in 1995.

One of rock 'n' roll's most deeply revered songwriters, artists and producers, Brian Wilson is one of the most influential pop composers of the last 50 years. As co-founder of the Beach Boys, he co-wrote such seminal rock and pop songs as "Good Vibrations," "Heroes and Villains," "God Only Knows," "California Girls," "Help Me, Rhonda," "Wouldn't It Be Nice," and many others. He formed the Beach Boys while still in high school with younger brothers Dennis and Carl, cousin Mike Love and their friend Alan Jardine. Collectively and individually he helped to create the sound that defined a generation and painted the picture of the West coast "surf" sound. His genius is embedded throughout the group's history, but it particularly resonates on Pet Sounds -- a work that has been called "the greatest album of all time." The current resurrection of his compositions on the legendary lost SMiLE sessions has seen a resurgence in Wilson's musical creations. A successful string of U.S. and international tour dates have met with rave responses, with more tour dates scheduled for this summer and fall.