Posted in MusicWorld on January 6, 2004 by Kevin Zimmerman 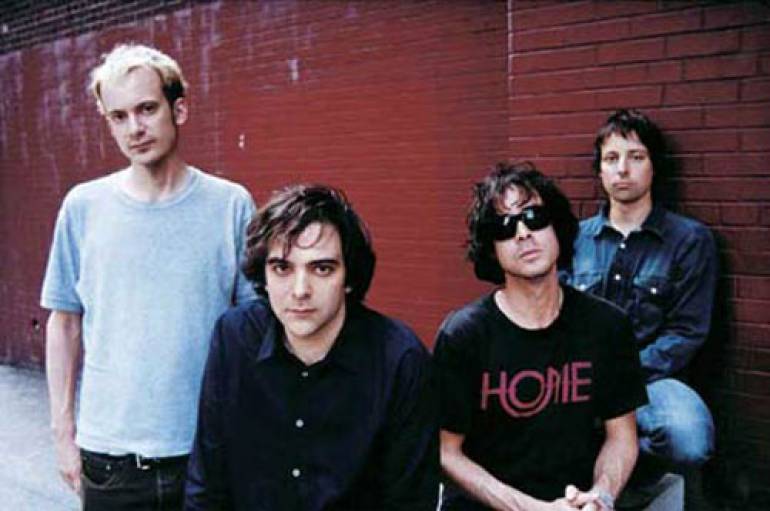 Hearing a song by Fountains of Wayne can be like eating a big bowl of Cap'n Crunch: sweet, a little gritty, certainly memorable . . . almost to a fault. Spend enough time with the music, however, and it reveals itself to be pithy, evocative, and above all smart -- things that, for all his attributes, the good Cap'n never gets near.

The power-pop quartet's fourth album, Welcome Interstate Managers (S-Curve), has been a smash out of the box, thanks in large part to "Stacy's Mom," an almost insanely catchy paean to being attracted to your girlfriend's mother. (The fact that the much-played video includes a bikinied Rachel Hunter as the mom in question doesn't hurt either.) But while the album also includes such instantly unforgettable hook-filled tunes as "Bright Future in Sales" and "Little Red Light," the disc finds FoW casting a wide stylistic net: acoustic-tinged folk on "Valley Winter Song"; psychedelic buzz on "Supercollider"; wistful harmonics on "All Kinds of Time."

Drawing on such revered heroes as Randy Newman and the Kinks' Ray Davies, songwriters Adam Schlesinger and Chris Collingwood are always careful to people their songs with such recognizable characters as drunken salesmen, bad waitresses and high-school quarterbacks, all looking to the future (or, sometimes, the past) with awe, shame, or often just hilarity.

The pair (now abetted by guitarist Jody Porter and drummer Brian Young) first began working together in college, in such bands as Are You My Mother? and Three Men Who When Standing Side By Side Have A Wingspan Of Over Twelve Feet. By the mid '90s they'd regrouped in New York as Fountains of Wayne (named after a lawn ornament store in Wayne, NJ that can be seen in The Sopranos). Success not being immediate, however, they both continued to work on outside projects, with guitarist Schlesinger writing commercial jingles and TV themes, nabbing an Oscar nomination for the title song to the film That Thing You Do, and working with indie band Ivy.

"I need to have an assignment and some kind of deadline-- even if it is a made-up one -- in order to do anything," Schlesinger told VH1 about his approach to songwriting. "I don't sit around and write all the time. If it's time to write songs for Fountains of Wayne or Ivy, I need to treat it like work that needs to get done."

FoW is certainly getting it done now. Currently touring in support of Matchbox Twenty, it seems only a matter of time before the group is headlining on its own.

Cap'n Crunch would be proud.