Posted in MusicWorld on November 16, 2003 by Kevin Zimmerman 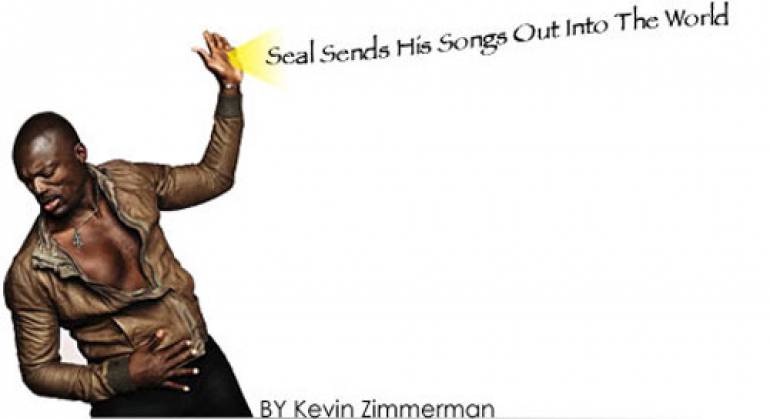 While Grammy-winning vocalist Seal named his current album Seal IV , it could just as easily have been called Seal V : the artist recorded an entire album before junking it and starting over.

"When it was all said and done, it just wasn't good enough," the British-born soul singer remarks. "It took a while to accept that fact, and a while longer to regain my perspective. But I don't think I could have done this album without going through that experience. It allowed me to begin again, to rediscover what I loved about music and how to best express that love."

The longtime Los Angeles resident moved back to London to record the 11 alternately sultry, soulful and sensitive songs that make up Seal IV . "There's a certain grit to that city, an energy and immediacy that had inspired me from the beginning," he says. "I just wanted to make the connection to a place that had always served me well."

Adding fuel to the fire was Seal's reunion with long-time production partner Trevor Horn, who helped guide Seal to worldwide sales of over 12 million units via such instant classics as "Crazy," "Prayer for the Dying" and "Kiss From a Rose," named Song of the Year at the 1996 BMI London Awards, earning the organization's highest accolade, the Robert S. Musel Award. "Kiss From a Rose" was also the 1996 Grammy winner for Record of the Year and Song of the Year.

"Trevor is a production genius of the old-school variety," Seal states. "He's got the discipline and dedication to keep obsessively focused on a verse, a chorus, a whole song or an entire album until it's absolutely the best it can be."

That approach is most readily apparent on horn-driven lead single "Waiting for You," a groove-ready tune that's making inroads on the pop charts, and on "Get It Together," an old-school r&b-flavored workout that's already a dance chart smash. Other notables include the clever wordplay of "Let Me Roll" and the emotive balladry that is "Loneliest Star."

Five years in the making (counting the aborted first try), Seal IV was very much a labor of love -- and one of which Seal is understandably proud. "You have to constantly dig deeper, pay the price and bear up under the pressure. You risk your health, your sanity and, in the end, there's no guarantee of success."

Still, he adds, "My songs are like kids. I love them all. I encourage them to grow, to reach their full potential, and then send them out into the world."