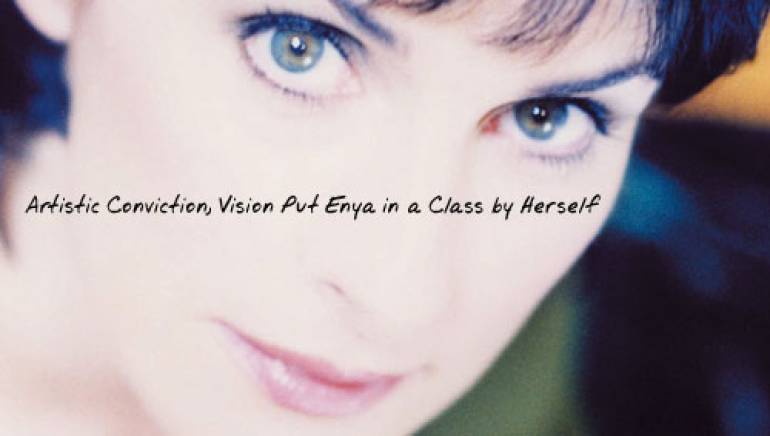 The word "grace" is seldom used to describe pop music, but critics worldwide routinely employ the term when reviewing the work of Irish diva Enya.

Since her late '80s emergence, Enya has never wavered from her churchly musical path. The singer-songwriter's 1988 breakthrough album Watermark was a blend of prayer-like Gaelic melodies and madrigal vocals underscored by epic instrumental arrangements. Subsequent recordings like Shepherd Moons, The Memory of Trees and Paint the Sky with Stars revealed an artist whose musical spirit was closer to Bach than The Beatles. But fans worldwide have rewarded Enya for her vision and artistic conviction. Each of Enya's five albums has sold in excess of eight million copies - an impressive feat for a soft-spoken singer and composer who rarely breaks cover.

Enya's new recording, A Day Without Rain, may prove to be her most popular yet. Released in November 2000, A Day Without Rain has sold over a million copies in the U.S., Canada, Japan, the U.K. and countless other countries, and is multi-platinum in Australia, Ireland, Italy, Spain and Taiwan. The disc has achieved platinum or multi-platinum status in 15 countries, affirming Enya's status as a global superstar.

Enya's story reads like a spectacular resume. Her music first came to prominence after it appeared in the major British television series, The Celts. When Watermark resulted in the international hit single "Orinoco Flow," the proverbial floodgates opened. To date, Enya has sold over 44 million albums (that's more than 10,000 albums sold per day). What's more, The Celts series proved to be the first of many filmic involvements. Her music has been featured in a plethora of films, including The Frog Prince, L.A. Story, Green Card, Martin Scorcese's Age of Innocence and the Tom Cruise/Nicole Kidman period piece, Far and Away. Her most recent single, "Only Time," was featured in Sweet November, a romance featuring Keanu Reeves and Charlize Theron.

She has been nominated for four Grammy Awards, winning the Best New Age Album for Shepherd Moons in 1992 and for The Memory of Trees in 1996. She ranks alongside Madonna, Cher, Tina Turner, Whitney Houston and Britney Spears in terms of record sales, an achievement that makes Enya the best-selling Irish solo artist ever.

Though Enya is an internationally recognized sensation, the singer generously points out that the music released under her name is the result of a collaboration among herself, producer Nicky Ryan and lyricist Roma Ryan. Enya has emphatically stated that without any one of these trusted partners, "Enya" could not exist.

Enya and her collaborators have obviously created an enduring sound. Their "best of" compilation, Paint the Sky with Stars, perennially ranks among the top 100 catalog recordings in the U.S., a statistic that puts Enya in the company of such timelessly appealing acts as The Beatles, Elton John and Pink Floyd.