Posted in MusicWorld on June 7, 2001 by Jon Matsumoto 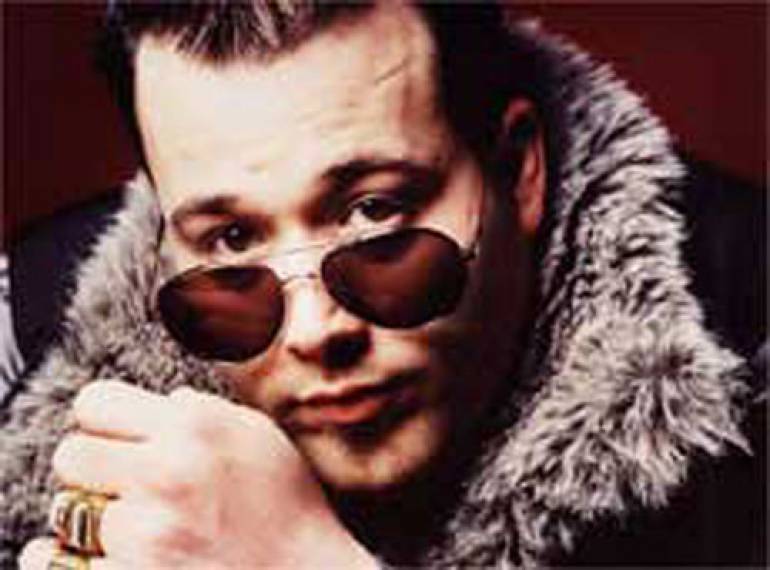 About a year ago, Uncle Kracker had this to say about the impending release of his first solo album: “I’m just hoping to sell some records and make everybody happy and do another record.”

Mission accomplished, and then some. The album is a big hit, everybody in his world is ecstatic and there will most definitely be a second CD. Quite an achievement for Kid Rock’s longtime DJ, who is as unassuming as his boss is boisterous. Uncle Kracker’s Double Wide album also has a different musical orientation than Kid Rock’s more high-octane offerings. It’s a mellower - though still eclectic - offering of rock, rap and country.

Double Wide was recorded over a yearlong period while Kid Rock was on the road. After shows, Uncle Kracker would occasionally retreat to the back of the tour bus to write and record songs. Kid Rock served as the project’s producer as well as providing the musical backing of his Twisted Brown Trucker Band. But now that Uncle Kracker is also performing solo, he’s recruited his own quintet of young Detroit-area musicians.

The bond between Uncle Kracker (aka Matt Shafer) and Kid Rock goes back about 13 years when the latter rock-rap star was 16 and his protégé 13. While growing up in the Detroit area, Kid Rock taught Kracker (the Uncle part was added last year when the veteran rock band Cracker objected) how to work the turntables and how to rap. Since then, these two have become potent songwriting collaborators.

Married with a wife and two baby daughters, the pragmatic Uncle Kracker is already preparing for a life beyond rock stardom. He co-owns a bar and a tire shop back home in Michigan. But this doesn’t mean he isn’t looking for a long music career both as a solo artist and as a member of Kid Rock’s band. A lover of the standard three-minute pop song, Uncle Kracker aims to make music that’s accessible, which is evident on hooky tracks like “Follow Me.”

“I grew up listening to Motown - straight songs, chorus, verse, chorus so I’m not afraid of pop music,” he told one reporter. “Every form of music - whether it be grunge, alternative, rock, whatever - they all run its course, but it always comes back to pop music.”