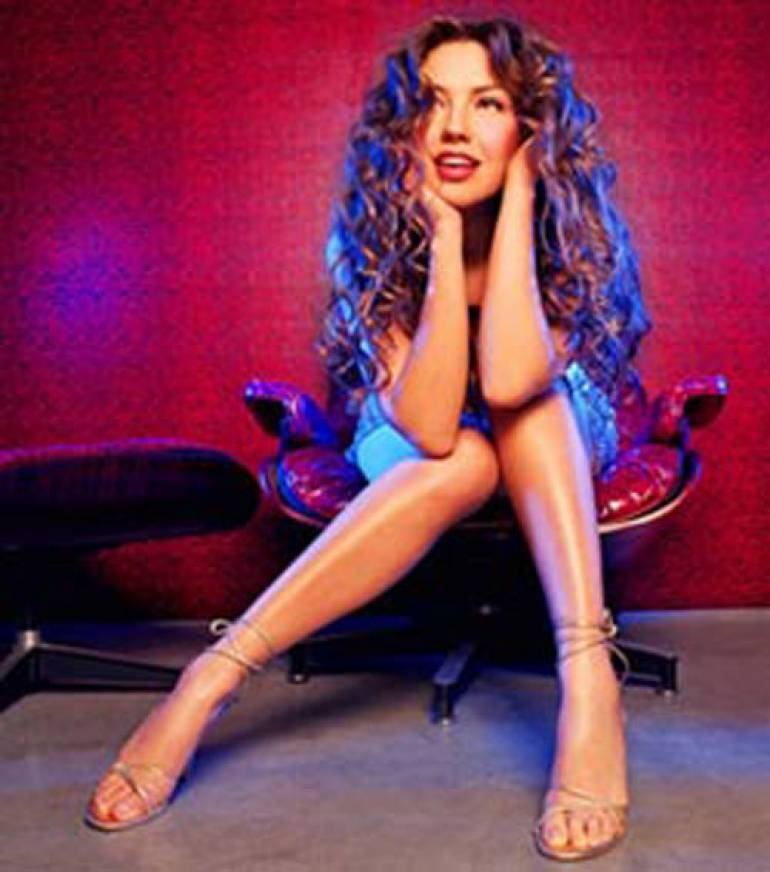 Called the "Latin Soap Opera Queen of the '90s," Thalia has had strong artistic inclinations in both the music and acting worlds ever since she was a little girl. When she was only nine, she was part of the musical group Din-Din, with whom she played in musical festivals and recorded her first four albums. In 1986, she joined the group, Timbiriche, and with them, she recorded her next three albums.

Her role in "Quiceañera," one of the most popular Mexican soap operas, brought her success as an actress, and in the following year, she starred in three major soap operas that aired in 120 different countries.

At the same time, Thalia was also trying to build herself as a solo artist and released a self-titled album that brought much controversy. Instead of her usual "daddy's little girl" image, the album portrayed her as a more modern and sexy woman. Her success continued with the release of En Extasis in 1995, with Emilio Estefan Jr. and Oscar López as producers; the album's hit single, "Piel Morena," went platinum in over 20 countries.

1997 was a big year for Thalia. She recorded the mega-hit "Amor a la Mexicana," which earned her a BMI Latin Award in 1999; released her next record in Tagalo, a Philippine language (she also sings in French, English and Portuguese) and sang three songs in the movie Anastasia. That same year, the city of Los Angeles celebrated "El Día de Thalia" (Thalia's Day) and Mexico City's Wax Museum made a statue in her honor.

Thalia is currently working on a new album with producers Emilio Estefan Jr., Kike Santander and Roberto Blades. The record, entitled Arrasando, is a mix of pop, dance, love and rap songs, most of which were written by Thalia. It is an album that deals with her own life experiences, and no one can describe that better than Thalia herself.