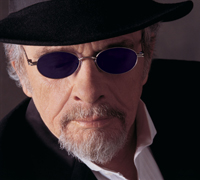 Country music legend Merle Haggard will be honored as a BMI Icon at the performing right organization's 54th annual Country Awards, the oldest awards saluting country's top music makers. The black-tie, invitation-only gala, which will also recognize the past year's most performed BMI country songs, is set for Nov. 4 at the company's Music Row offices.

The Icon designation is given to BMI songwriters and artists who have had "a unique and indelible influence on generations of music makers." Haggard, who will be saluted with an all-star musical tribute that evening, joins an elite list of past honorees that includes Dolly Parton, Bill Anderson, Loretta Lynn and Charlie Daniels, among others.

It is impossible to overstate Merle Haggard's place in the country music pantheon. A talent of mythic proportions, he is arguably one of the greatest American songwriters of all time and is credited with being one of the architects of the country music sound. From "Mama Tried" to "Tonight the Bottle Let Me Down," "Ramblin' Fever" to "Today I Started Loving You Again," Haggard is the man in his songs -- a reflection and creator of Americanism, and a true champion of the working man.

A two-time BMI Country Songwriter of the Year, Haggard's four-decade career has earned him a total of 58 BMI Awards, including 48 Country Awards, nine Pop Awards and one R&B Award, as well as 10 ACM Awards, six CMA Awards, two Grammys, the Recording Academy's Lifetime Achievement Award, an IBMA Award, and induction into the Country Music Hall of Fame and the Nashville Songwriters Hall of Fame.

Hosted by BMI President & CEO Del Bryant and Nashville Writer/Publisher VP Jody Williams, the 54th Annual Country Awards will recognize the songwriters and publishers of the top BMI country songs played on American radio and television during the previous year. In addition to the Icon presentation to Haggard, BMI will also bestow its highest honors on the Country Songwriter of the Year, Country Publisher of the Year and Most Performed Country Song of the Year, also know as the Robert J. Burton Award.