Posted in MusicWorld on November 17, 2014 by Malcolm Venable 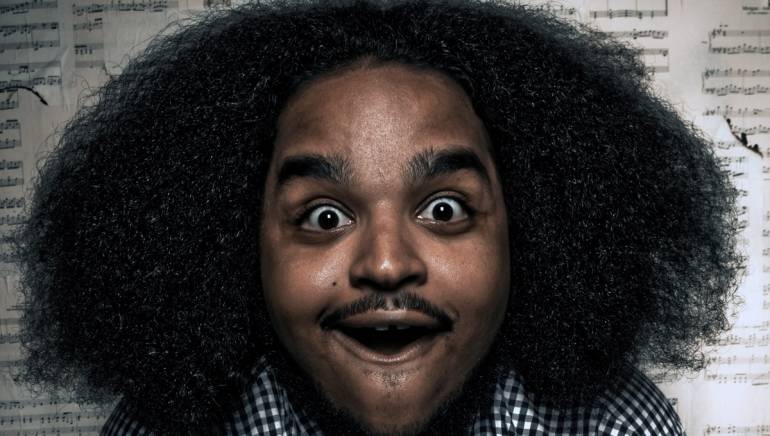 While Andrew “Pop” Wansel is sometimes referred to as an “up and coming” producer, that title is a little misleading. Son of Philly soul icon Dexter Wansel, the younger Wansel was practically born into the music business, meeting icons such as Phyllis Hyman, Teddy Pendergrass and Lou Rawls as a child. His own professional music production career began at age 10; instead of mowing lawns or washing cars as a teenager, he crafted and sold beats to locals.

In 2006, he sent a MySpace message to Nicki Minaj, unknowingly charting a course that would lead him to be one of the most promising hitmakers of his generation. Minaj liked his music; they stayed in touch and then, somewhat accidentally, the music for “Your Love” ended up in her hands. Even more accidentally, her version of the song got leaked, became a smash (landing at No. 1 on Billboard’s Hot Rap Songs) and officially launched Wansel into the big leagues.

Over the subsequent years, Wansel has collaborated with a veritable who’s who of contemporary music’s most bankable artists, including Miley Cyrus, Rihanna, Eminem and Kelly Rowland. Along with his musical partner Warren “Oak” Felder – the dynamic duo is known as Pop & Oak – Wansel is increasingly known for making magic: Big Sean’s “Marvin Gaye & Chardonnay” went gold and No. 1 on Billboard’s Hot R&B/Hip-Hop Songs chart in 2011; “Fire We Make” for Alicia Keys hit No. 1 on Adult R&B Songs in 2013 and “Good Kisser” for Usher kept steadily rising up Urban, R&B and Hip-Hop charts worldwide after its release in 2014.

So forget any notions of “up and coming.”  Wansel is more like a young veteran, hitting his stride and fast becoming the industry force he aims to be. BMI caught up with the producer and future mogul just as he was headed into the studio with a longtime favorite and fellow Philly native, Jill Scott.

1. Where does the “Pop” in your name come from? Is that an allusion to your hit-making abilities?
It’s just a nickname. People have been calling me ‘Poppa’ since I was young, and then they started calling me ‘Pop.’ It works out now, right? Hopefully, I don’t ever contradict it and maintain that cool coincidence.

2. Your father is a legendary musician. What was it like growing up in your household?
I’m sure my father wanted me to do music. Every father wants their son to follow in their footsteps. My dad saw me get so involved so early. But, he didn’t want me to disregard other important parts of life. But he saw how into (music) I was. He wanted me to establish myself more before music. Growing up learning about his mishaps, I was so business savvy and oriented. I was ready to go.

I went to George Washington High School. I dropped out senior year to focus on music. That was my dad’s fear. All his fears came true, but all the things he wanted came true too. It was a decision my parents couldn’t stop. All they could do was support me. My mother gave me her 150 million percent support. I plan to go back, and go to culinary school.

Cooking is the love of my life. To be a young urban musician, I don’t have jewelry. I spend my money in Williams-Sonoma. I get so excited in stores that involve the art of cooking and flavors. I’ve been doing the entire Thanksgiving dinner since I was 16 years old. Every year – Thanksgiving, Easter, Fourth of July, it’s on me.

3. Do you see similarities between making music and cooking?
They’re so similar. They both rely on creativity. You know when a dish isn’t right – when it’s missing something. It’s the same with a song. You know when it’s right, when it’s done. When it’s done, you give it out, give it to people.

4. You and your partner Oak have had some great successes together. As someone who is talented in his own right, how does working with someone else add value for you?
He’s a very important person to me. He’s like family; I’ve known him so long. He’s taught me so much. It’s like having an extra brain. My strengths are his weak points and vice versa. He does certain things better than me; I do certain things better than him. It’s always a special thing.

5. Why did you choose BMI?
I picked BMI because of some very, very cool women: Nicole Plantin, Catherine Brewton. I met them very early on in my career, and they were firm believers in my talent and wouldn’t let me go anywhere else. BMI is so cool. There are incredible people there, and the award shows are fun.

Every time I win something at BMI it’s a special occasion and a privilege to be acknowledged among my peers. So many people are hoping and dreaming to do what we do, to be in that box and acknowledged. Those were both great moments. It’s a surprise every time. You never know about the selection process. To be honest I just show up, enjoy and watch my peers. I never show up like, ‘I hope I win.’ I’m just there to acknowledge the other great music.

7. What would you say are the top things you’ve learned from being in the music business?
It can be very political and unfair. It can also be very enjoyable if you make it that way. You just have to keep in mind Number One and Two: make sure your business team is the best you can have. Get good management, attorneys and accountants. I also learned that it’s important and very, very much worth it to pay them. A lot of people don’t want to pay them to keep more money. But it’s worth it to pay them if they’re good at what they do.

8. What would people be surprised to know about you?
I don’t spend a lot of time in the studio.  Not to sound arrogant, but as opposed to making 20 songs a week, I like to put everything into making one song, even if that takes a week or two or three. If I’m stuck, I go home or read, or go to the movies. I don’t kill myself. Some people think I’m in there til 7 a.m.  There’s so much more to life – I’m very in tune with my friends, my family outside (the business). I still like to do regular things.

9. You go really seamlessly from R&B to hip-hop – how do you make that delineation as you’re making music? Are there any other genres you’d like to dabble in?
I come from rap. I used to freestyle, battle at the corner store. Hip-hop is what made me want to be a producer. When I heard Nas’ “It Ain’t Hard to Tell” I said, ‘I want to do that.’ At the same time, melody and soul music is second nature because of my dad, what I grew up around. I was exposed to all kinds of music. Hip-hop is based on R&B and soul. The first rap song is a sample: “Rapper’s Delight” sampled Chic. That’s the foundation. It’s easy for me to create that. I really want to get in country. I love it. I know I can do it. I’d like to work with Billy Currington – he’s the man in country music right now.

10. You met Nicki Minaj on MySpace, and so much has happened since then. How do you see the business of music, and distribution changing in the next 5 or 10 years?
Around the time I met Nicki Minaj on MySpace, that was so state of the art. Fast forward to today, it seems so old school now. It’s just crazy. There are so many other forms that have multiplied in terms of convenience. I imagine even more platforms that are cutting edge in terms of accessibility and convenience are going to connect. I don’t know even know what they’ll come up– with how they’ll top Instagram, Twitter. Like, what’s the next idea past those?