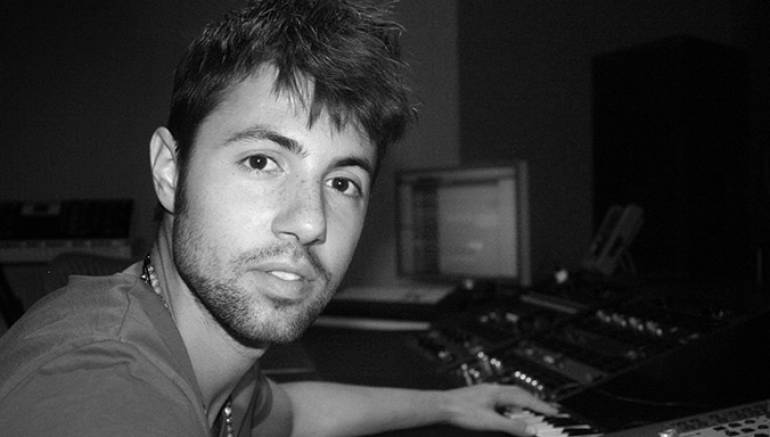 It’s been a few years since he broke through with Chicago R&B smoothie Jeremih, but these days the producer polymath Mick Schultz is still immersed in beginnings. Freshly moved to Malibu, Schultz wasted little time diving headlong into Los Angeles’ bustling nest of vocalists and songwriters. Today, he puts a typical 12-hour day at the studio on hold to take BMI behind the boards.

1. So you’ve moved out to the West Coast. What’s been the pattern of late—one project, or many?
The main thing I’ve been doing the past couple months is developing a new artist by the name of Bianca Lenore, who I met during the first couple weeks I moved out here. Some people had been telling me about her before I even moved.

2. Looking back to your records with Jeremih, and producing an album front to back, how much would you say you’re looking to do differently?
Going through what happened with Jeremih—there was a lot of success and it worked and he has a huge career, and it all was incredible. But there were things that could’ve been done better, as always. And with Bianca, when I met her I had the same feeling as when I met Jeremih.

Now I have a little more experience, which should help. But it’s pretty much the same process: you make the best record you can and get it exposed. I spend so much time in the studio, so every day I’ll be making new stuff, trying new styles, and trying to grow, really. Those aren’t always the ones the artists and labels want use though.

3. So you have been writing and producing with others, too. What’s your system for jumping between rappers and singers, or co-writers?
A lot of times I’ll have records ready. I just had a studio session with the Rich Kids and I had never met them before, but their A&R played me some of their stuff and I told myself, “Okay, I probably should create a few records made for them because I don’t know what the vibe is gonna be like.” They came in and sure enough, I played a few and one of them they just started writing to.

The worst thing for me is being in the studio with that pressure of trying to force creativity. It’s uncomfortable. So it’s definitely nice to know I have some records I know I can play. But when the chemistry is right and it feels good in the room, there’s nothing better than just working on the spot and coming up with something new with the artist; it’s always fun.

4. When was the last time that impromptu type of writing happened in the studio?
With Bianca, now almost everything I’m doing with her because we have a close connection and we just vibe together. When I get in with the artist, that’s like a free-style moment for me, because it’s an on-the-spot process. I had a group I was working with, DaOutsidaz: when they came out for a week I did a few records from scratch with them a few months ago. That was really fun because we were all on the same page and knocking out songs every day.

5. When it comes to preparing records, where do you look for inspiration?
I listen to a ton of modern radio. I work out every day; that’s my thing that keeps me sane. And I’ll listen to dance music. There are tons of pop melodies and things going on there. If an artist comes in, a lot of times they’ll tell me what they like and what they’re listening to, and if I know what that is it gives me a really good understanding of where I should head, musically. And sometimes we’ll sit and listen to some records.

I listen to a lot of current stuff and I respect everyone and what people are doing, but there’s not really any main person that I follow. Timbaland was the main guy who got me into production. Before that I was DJing and that’s how I got started: DJing urban records. Eminem was the person that sparked that. The Slim Shady record was the first urban album I ever listened to.

6. And yet you grew up playing classical piano. How did you reconcile that with your listening tastes?
I took piano lessons three times a week for a few years. For a while I was closed-minded and just listening to rap records—you know, I’m 12, 13 years old, and I’m going to these piano lessons and my teacher would be telling me about this classical stuff that I wasn’t listening to. But it was still really great for me: the more I understood how to play the piano, and understood theory, the more I wanted to listen to other types of music. It opened up my ear, definitely.

7. What records have had the biggest effect on you in the production sense?
Currently, the number one thing I like is the new Cruel Summer album, the Kanye West album. I haven’t listened to the whole thing; I just started the other day. But hands down, the person that inspired me to produce was Timbaland. I was in love with everything he did, from Timbaland & Magoo to the albums he did with Justin Timberlake. Future Sex/Love Sounds, that’s like my favorite album. I usually don’t have favorites but I really respect what they did together, and I was always so fascinated by his sound. Even if I don’t think the song’s a hit I’m always impressed, sonically, with the way it’s done

When Robin Thicke put out his first album—the sound, the soul of it—I was obsessed: I was just all about creating R&B records. That really got me into doing stuff like that instead of rap records, and doing things a little more musical and soulful. I visually remember playing that album, and listening to those songs: I brought it to my teacher and we started going over some of it. I was trying to learn and play one of the songs, “Angel.” Just by doing that, it helped me understand writing that style of music. That helps you grow without even knowing, really.

8. Why did you choose BMI?
Well, they’re great people over there. Samantha Cox is really great. It was great communication. I had a lot of recommendations from people, including my attorney, to be there. And I’m happy, so, it’s not very complicated!

9. What’s your favorite live music venue?
Unfortunately I haven’t been out to any music venues here in L.A. In Chicago, there’s a lot of great live music. In the summertime they always have shows in Grant Park, and I lived right by Grant Park in the South Loop. They would have lots of great shows—I remember Eminem performing there. They have a lot of local groups come and perform. That was my favorite place to go see live music.

10. What tips would you offer to less experienced songwriters—perhaps aspiring producers, in particular?
The number one thing is to do it as often as you can. There’s nothing you can do wrong or shouldn’t be doing. If you’re a songwriter, write as many songs as you can, because you’re only going to get better. And you’ll learn from your mistakes. Also, a big thing for me: not only was I doing it often but I would try to surround myself with people that I felt had more knowledge and experience than me, because you learn from them. So if you can, continue to do that—and never stop. To this day I try to do that and constantly learn.

And as far as the technology side: I mean anyone that wants to be a producer probably already knows that they need to get into the software because that’s how a lot of records are being made. So diving into that as soon as possible is good. But practice, write everyday, and you’ll keep getting better.