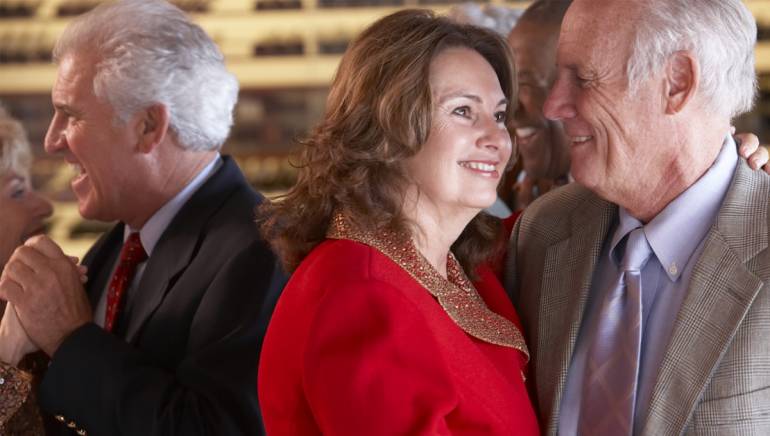 The amenities enjoyed by members of private residential communities have evolved and changed during the four decades Jim Singerling has been associated with the industry. But the essential nature of one valuable amenity – music – has remained relatively constant. “It’s interesting,” says Mr. Singerling, who today serves as CEO of the Club Managers Association of America, based in Alexandria, Virginia. “People don’t think about it consciously, but if music were taken away it would be profoundly missed. It’s almost like air conditioning, in that respect. It’s key to creating a relaxing environment.”

Mr. Singerling is referring to background music, which is the most common way music is used in residential communities. Reception areas, walking and jogging paths, pool facilities and dining rooms are among the many places where music is employed in such a manner. From an aesthetic perspective, Mr. Singerling likens background music to “a pleasant scent that’s in the air, something that puts individuals at ease.”

“The world today is such a busy place,” he says. “People often feel pressured. Music is one of the few tools available for adding a peaceful, calming effect to the environment. It establishes a mood, and you can vary that mood according to the tastes of your clientele. Technology, and the digitization of music, has made that much easier to do. And of course technology has also enhanced the quality of the sound.”

Although background music is meant to soothe, changing demographics, specifically the aging of the baby boomer generation, have affected expectations with regard to what residents want to hear. Terra Waldron, who serves as Vice President of Desert Highlands, a private residential community in Scottsdale, Arizona, says music preferences no longer run toward “typical elevator music.” In addition, as Ms. Waldron points out, more than ever before, music plays a primary and direct function in the active lifestyles of residents.

“Music is integrated into our fitness center, for instance,” she says. “Our residents want to have choices, when it comes to music that accompanies their workouts. It’s also piped into our clubhouse, for various activities. Our residents expect lively, upbeat types of music – music that mirrors what they like and what they’re comfortable with.”

Live music has also emerged as a prominent feature of the residential community experience. On the third Sunday of each month, Desert Highlands stages a social gathering called “Party on the Patio.” For the past several weeks, the event has centered on a Battle of the Bands contest, inspired in part by music-based reality TV shows such as American Idol and The Voice.

“It’s been a huge hit,” Ms. Waldron observes. “Each month we feature a different band. It’s supposed to be a three-hour event, but generally it goes much longer, because everyone is having such a wonderful time. Our residents are voting, online, to determine which band they want to perform at this year’s New Year’s Eve celebration.”

To facilitate these various uses of music, BMI – Broadcast Music, Inc. – works closely with managers of homeowners associations and residential communities to provide requisite licensing. Founded in 1939, the not-for-profit-making organization offers membership to songwriters and composers at no cost, with an open-door policy. BMI distributes 87 cents of every dollar it collects to the more than 500,000 songwriters, composers and publishers who comprise its roster. Representing the work of such a large body of music artists allows the organization to offer blanket licensing agreements to entities who wish to draw from that huge reservoir of material.

“The advantage, by working with BMI, it that you have a bundled approach to compliance with copyright statutes,” says Mr. Singerling. “Whether you’re using live music, recorded music, or having music piped in digitally or broadcast on TV, the license agreement is all-encompassing. The person who created a work of art – in this case, music – is entitled to compensation when that work is enjoyed by other people. Thankfully, organizations like BMI make it easy for businesses to provide music to people in places where they otherwise wouldn’t have it.”

Ms. Waldron echoes those sentiments, adding that a license agreement allows executives and management personnel to focus on providing a safe, pleasant environment for residents. Music, she observes, will forever be a part of that. “The [residential community] atmosphere would be wholly different without music,” she says. “People sometimes take music for granted, until it’s not there. That’s when they realize how much it means to them – how it puts them in a good mood, or sometimes even in a celebratory mood. It’s definitely an intricate part of the country club and amenity lifestyle.”