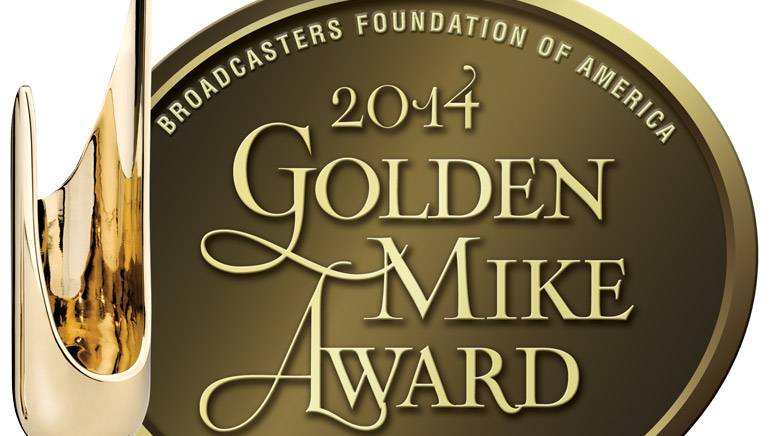 On February 24, 2014, the Broadcasters Foundation of America will present the coveted 2014 Golden Mike Award to Broadcast Music, Inc.’s President Del Bryant at the Plaza Hotel in New York City. An impressive list of broadcasters and entertainers will participate in the Gala, including BMI Icon Kris Kristofferson, who will be performing, and multi-Emmy and Gracie award-winning culinary and home-style expert Sandra Lee, who will be presenting. Many other notable industry professionals and personalities will also be in attendance, including music legend Michael Bolton. The evening will be hosted by the acclaimed anchor and moderator of CBS’s Face the Nation, Bob Schieffer.

Del Bryant has spent more than four decades at BMI, working with singer-songwriters and broadcasters alike. He played the leading role in re-engineering and modernizing BMI’s royalty distribution system. Bryant directed the implementation of the structure introduced in 1987 as part of an aggressive writer acquisition campaign that marked a sharp turn-around at BMI and attracted many of the best new writers across key genres of music. Heralding from a musical family, Bryant is the son of noted songwriters Boudleaux and Felice Bryant, who penned such classics as “Bye, Bye Love,” “Wake Up Little Susie,” and “All I Have To Do Is Dream.” Bryant joins past Golden Mike honorees from the BMI family including former BMI President and CEO, the late Frances Preston, who received the award in 2004, and current BMI Board members Catherine Hughes of Radio One (2002) and Virginia Hubbard Morris of Hubbard Broadcasting and the Hubbard Family, who received the award in 1997.

The Golden Mike Gala is the Broadcasters Foundation of America’s largest fundraising event. The Foundation’s mission is to improve the quality of life and maintain the personal dignity of men and women in the radio and television broadcast profession who find themselves in acute need. As a 501(c)3 Public Charity, the Foundation has distributed millions of dollars in aid to hundreds of broadcasters who lost their livelihood through a catastrophic event, debilitating disease or unforeseen family tragedy. Individual membership is only $150 a year and can make a difference in the life of a colleague who has fallen on desperate times. Donations can be made as a personal gift to the Foundation and corporate contributions are accepted through the Angel Initiative.  For more information on applying for a grant, or making a donation, please visit www.broadcastersfoundation.org, or call 212-373-8250.

Congratulations, Del, on this prestigious honor!