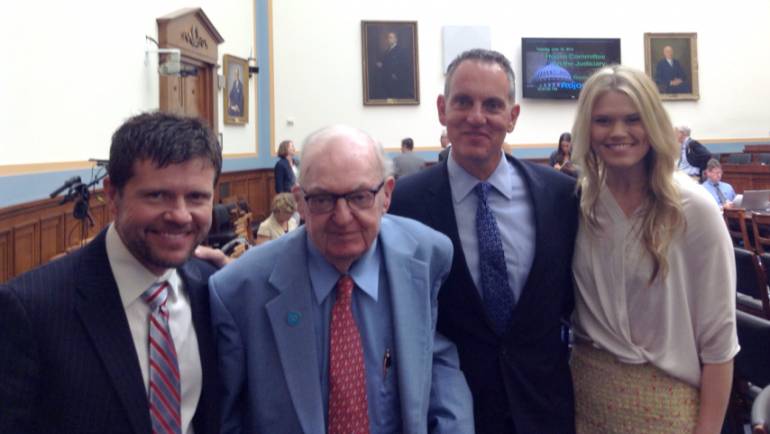 BMI CEO Mike O’Neill told the House Judiciary Subcommittee on Courts, Intellectual Property and the Internet today that BMI’s songwriters and publishers cannot achieve what a free market would offer them under BMI’s current consent decree and that changes were needed to promote and protect the art of songwriting across America. O’Neill appeared before the Subcommittee, which hosted the first of two hearings on music licensing. These hearings are part of the Subcommittee’s ongoing review of copyright law.

O’Neill noted that most of the current consent decree between BMI and the United States government, which governs BMI’s relationships with songwriters, composers, publishers and the businesses that use their music, was adopted in the mid-1960s – before the Internet, satellite radio and the growth of cable and other modern content delivery platforms. As a result, the rules have not kept pace with the changes in technology, the media industry and the music business over the past 50 years.

O’Neill outlined four changes to BMI’s consent decree that would benefit songwriters and those who enjoy their music – and bring music licensing into the 21st century:

When asked how BMI would respond to publishers negotiating royalty rates separately in a more competitive market, O’Neill noted that BMI would be challenged to compete, and that BMI was up to the challenge.

Read O’Neill’s full testimony and op-ed piece that appeared in The Hill this week.