Posted in MusicWorld on October 5, 2006 by Jon Burlingame 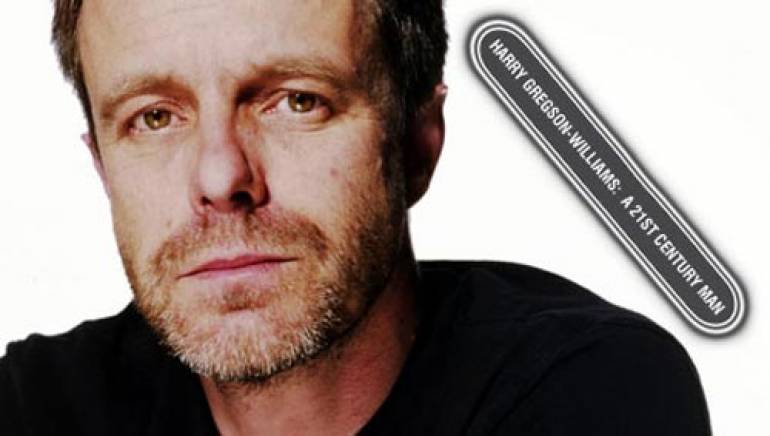 Harry Gregson-Williams was so astonished to be named the winner of this year’s Richard Kirk Award for outstanding career achievement that, he says — only half-joking — “I double-checked to make sure they had the right Williams.”

Gregson-Williams, 44, is the composer of the megahit Shrek movies (the first of which won him an Annie Award), the medieval epic Kingdom of Heaven (winner of a Satellite Award) and last year’s hugely popular The Chronicles of Narnia: The Lion, the Witch and the Wardrobe (a Golden Globe nominee).

Only a decade into his sojourn in Hollywood, the handsome Britisher has already built such solid professional relationships that several A-list filmmakers are now reluctant to make a movie without him.

Says director Joel Schumacher, for whom Gregson-Williams scored Phone Booth and Veronica Guerin: “I don’t see him as a composer. I see him as a filmmaker. He gets into the character — not just of the people, but of the film itself and the storytelling. He understands the film from the inside out.” Adds Jeffrey Katzenberg, producer of the Shrek films (along with Sinbad: Legend of the Seven Seas, with its swashbuckling Gregson-Williams score): “Harry has really blossomed into one of the more unique and original voices in music today. He pushes himself harder than anyone else I know.”

That may be because the composer takes a complex, decidedly 21st-century approach to film music. He combines classical training with contemporary thinking: He is as conversant with pop and rock as he is with the traditional orchestra, and he often incorporates authentic world-music sounds and textures into his work (as in the Chinese percussion of Spy Game, the Latin guitars of Man on Fire and the Middle Eastern instruments of Kingdom of Heaven).

“With this plethora of films, the variety that’s been offered, it’s given me an opportunity to experiment,” the composer explains. “I’m sure that if I hadn’t embarked on this journey, I couldn’t have dreamed of writing the kind of music I wrote for Man on Fire, or Spy Game, or Shrek. It’s been wonderful.”

Gregson-Williams’s journey has been unusual, even by Hollywood standards. Vocal soloist on a dozen records before he was 13, he taught music to children in Egypt and Kenya before returning to London to work for composer Stanley Myers. His extensive background in choral music and natural conducting ability led to work on early-’90s Hans Zimmer scores for Crimson Tide and The Lion King.

“Hans offered me a studio — I would call it a closet — at Media Ventures (Zimmer’s Santa Monica complex) some 10 years ago,” Gregson-Williams recalls with a smile. And so what started as “making the tea sometimes, then orchestrating a cue, later ghosting a cue,” led to collaboration with other composers on full scores (Broken Arrow, Enemy of the State).

Initially known for his work in animation (including Chicken Run, Antz and the first Shrek, all in partnership with John Powell), his affinity for imbuing cartoon characters with fully realized emotional arcs via music helped to make Shrek, Fiona and Donkey seem far more real, and funnier, than when they were first drawn.

His ability to shift effortlessly from animated films to period pieces, from frothy comedies to searing dramas, is obvious in his more recent efforts: the powerful score, complete with Latin choruses, for the medieval epic Kingdom of Heaven; the hilarious Bruckheimer-movie sendup Team America: World Police; the hit comedy Bridget Jones: The Edge of Reason; and the fact-based drama Domino, with its hard-edged rock score.

Gregson-Williams’s work with director Andrew Adamson on the Shrek films led to The Chronicles of Narnia, which incorporated every aspect of contemporary film scoring. A fantasy with subtle religious undertones, it has as its foundation a conventional symphonic approach. The composer added ancient folk instruments for color; choral textures to heighten the drama at critical moments; a solo voice for emotional effect; even electronics, used sparingly but effectively. And he co-wrote a song with Imogen Heap that stayed in the minds of filmgoers long after they had left the theater.

Notes Adamson: “He literally works 24 hours a day, and I think because of that he finds the soul of the movie. And that comes through in the score.”

Amazingly, Gregson-Williams continues to enjoy a musical life outside of the cinema. This spring, he played keyboards in a tent at California’s cutting-edge Coachella Music Festival. He served as executive producer on the recent Joan Plowright movie Mrs. Palfrey at the Claremont. And he occasionally moonlights as a composer for videogames (ask your kids about the music of “Metal Gear Solid”).

His excitement about upcoming projects, however, is palpable: “I’ve just finished a small-budget movie called Seraphim Falls, with Liam Neeson and Pierce Brosnan. It’s a western! I never thought I’d do a western. I’m an Englishman, for goodness’ sake!

“Tony Scott brings something to me almost every year. He’s making another film now (Déjà Vu). I’m going to be working on Joel Schumacher’s movie, The Number 23 with Jim Carrey, a very dark, rather twisted piece, an animated movie called Flushed Away for DreamWorks, and around the corner, Shrek the Third.”

Scott, who routinely calls on Gregson-Williams for unusual sounds from throughout the world (as in Spy Game, Man on Fire and Domino), describes him as “unusual, unpredictable, brilliant and a little scary.” And Zimmer, asked to characterize his former protégé, put it this way: “He’s got heart, he’s got depth. Underneath all that clutter of modernity is a very romantic soul.”

We leave the last word to director Schumacher: “There is a tendency in the film business to just do generic things that have worked on other films. Harry really tries to be original, and he stands his ground, which I love. As a partner in crime, he’s delicious.”