Posted in MusicWorld on May 7, 2006 by Kevin Zimmerman 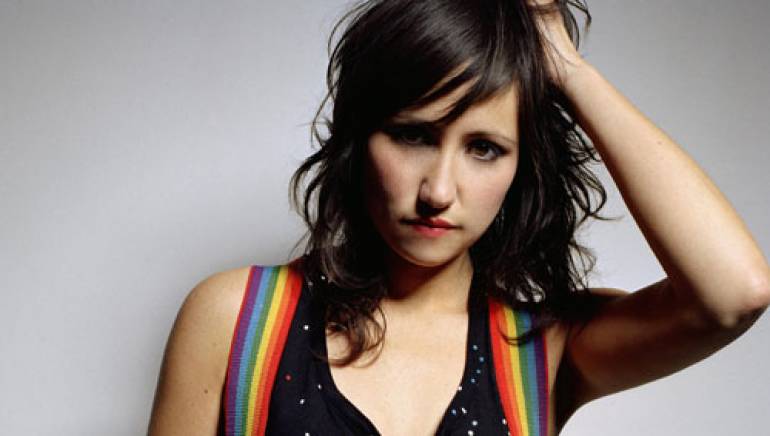 Singer/songwriter KT Tunstall makes no bones about where her creativity comes from. Growing up in the university town of St Andrew’s, Scotland (which she describes as “beautiful but sheltered, a little bubble”), she always knew she had been adopted at birth. “I grew up knowing I could have had a million different lives,” she says. “It makes your life mysterious and your imagination go wild.”

Her debut album, Eye To The Telescope (Virgin/Relentless/EMI), is the result. “My songs examine and explore little specific emotions or situations or stories,” she explains. “They’re kitchen-table songs, like a conversation between me and one other person. It’s almost like an alien has been sent to get emotional samples from human beings and put it all together on a record.”

The almost lethal combination of heartfelt melody and gripping lyrical bite has turned such tunes as “Suddenly I See” and “Black Horse and the Cherry Tree” into radio and MTV staples. Not bad for someone who started out playing piano, then flute, before deciding to give singing a try. “I’m pretty certain that I learned how to sing because someone gave me an Ella Fitzgerald tape,” she says. “She was my singing teacher.”

Responding to charges in some quarters that Telescope’s lyrical content was overshadowed by an overly sweet production, KT (the initials don’t stand for anything, incidentally; they’re just a play on her actual name, Kate) promises a more low-fi approach next time out. “On the whole, I’m a positive, skippity-la-la person but I love the dark side of music and I will always want to explore that,” she declares.

And the forthright 31-year-old plans to remain single-minded as her career continues. “I’m not exactly sure what has driven me so hard,” she says. “I’ve never questioned it. I’ve never had a back-up plan. I was never going to do anything else.”