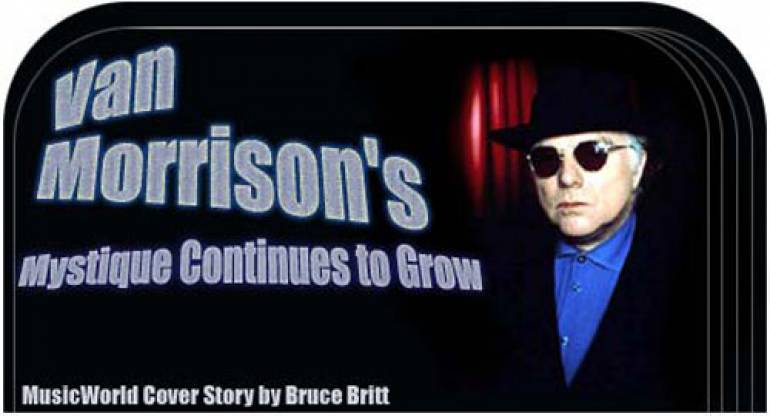 In a business that thrives on mystique, Irish rocker Van Morrison may be the most mysterious singer in pop music's enigmatic history.

Indeed, while many pop stars are associated with a particular fad or movement, Morrison is a solitary figure who steadfastly scoffs at trends. He wasn't part of the British Invasion or American psychedelic movements of the '60s, nor did he align himself with the blues-rock, punk or new wave scenes of the '70s and '80s. He didn't perform at Woodstock, Altamont, No Nukes, Live Aid, Lollapalooza or any other pivotal concert event. Yet, despite his absence from the biggest cultural phenomena of his times, Morrison is an undisputed legend who paved the way for Irish acts like U2, Sinead O'Connor, Enya and others. As "The Rolling Stone Illustrated History of Rock & Roll" notes: "Morrison remains a singer who can be compared to no other performer in the history of rock 'n' roll, a singer who can not be pinned down, dismissed or fitted into anyone's expectations. He is a conundrum."

With the release of his latest album, Morrison's mystique continues to grow. You Win Again finds the rock legend performing folk classics like Stephen Foster's "Old Black Joe," Hank Williams's "Jambalaya" and John Lee Hooker's "Boogie Chillen." Making matters even more curious, Morrison performs these roots-rock favorites with a singer named Linda Gail Lewis, the unsung sister of rock pioneer Jerry Lee Lewis. As legend has it, Morrison first encountered Linda Gail at a Jerry Lee convention in Wales. The twosome soon repaired to a studio to record country, R&B and blues standards to the accompaniment of a hard-rocking combo.

Born George Ivan Morrison in Belfast, Northern Ireland in 1945, Morrison is the son of a noted collector of jazz and blues records. By his teens, Morrison was singing and playing saxophone, guitar and harmonica with the Monarchs, a show band that toured Scotland, England and Germany. In the mid-'60s, he joined the seminal garage-rock band Them. During this time Morrison penned and recorded "Gloria," the pugnacious rock classic with the distinctive call-and-response refrain: "G-L-O-R-I-A!"

Them seemed to be on the verge of international stardom when Morrison, unwilling to court the fickle pop marketplace, left the group to pursue a solo career. Teaming with producer Bert Berns, Morrison composed and recorded the classic "Brown-Eyed Girl" in 1966. But with the release of his legendary 1970 album, Astral Weeks, the singer was thrust into the international spotlight. Accompanied by a stellar backing group including Miles Davis's bassist Richard Davis and Modern Jazz Quartet drummer Connie Kay, Morrison successfully fused blues and jazz with soul and gospel. His next album, Moondance, was another classic with an even deeper bebop influence.

Subsequent albums like Van Morrison, His Band and the Street Choir, Tupelo Honey and St. Dominic's Preview yielded such pop classics like "Domino" and "Wild Night" (the latter was interpreted in 1996 by John Cougar Mellencamp and Me'shell N'degeocello). Morrison refined his improvisational approach during the '80s and '90s, resulting in critically acclaimed albums like No Guru, No Method, No Teacher, Poetic Champions Compose and Days Like This.

With the millennial release of You Win Again, Morrison continues to chart his own creative course. With a career spanning nearly 40 years, his recorded oeuvre is as essential as it is mysterious.