Posted in MusicWorld on January 23, 2019 by Jason Blume 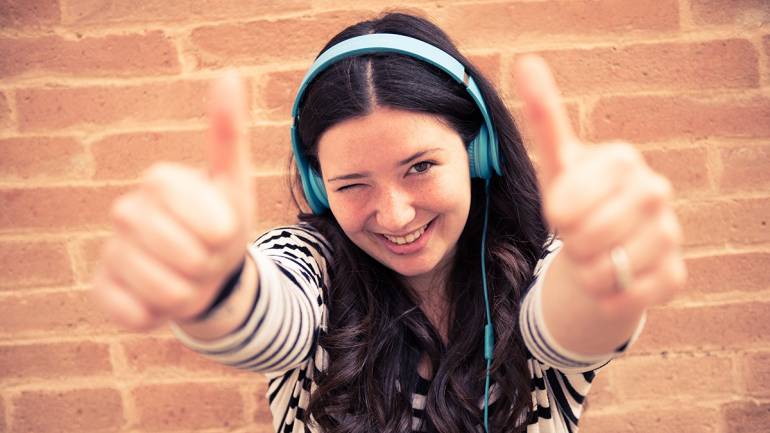 When I worked in the A & R Department at a major record label, and later, as production coordinator for albums by hit artists, in many cases, my ears were the first barrier that had to be crossed when a song was submitted for those acts. Almost all the songs I screened had been written by pro writers and submitted by their publishers. There were no “bad” songs; every one of them checked off all the right boxes. They were constructed using the most popular song structures and forms, they had lyrics that made sense, rhymes in the expected places, melodies that were memorable, and in most instances, well produced demos.

I also reviewed submissions of artists who were seeking record deals. In those cases, the comment I most frequently forwarded to my boss was, “Good voice, good look, no songs.” To clarify, of course, there were songs, but no songs that felt like potential hits; no songs that I believed would launch an artist’s career or demand that listeners take notice.

To a large extent these assessments are subjective. There are countless stories of songs that were passed on repeatedly by publishers, producers, and record label executives before topping the charts, as well as instances when artists passed on songs that went on to be recorded by other acts, resulting in massive hits.

Songs are the lifeblood of an artist’s career. No one walks down the street humming a voice. No matter how awesome a singer might be, they need exceptional songs—songs their audience can connect to. While perfectly crafted songs are a dime a dozen, those that have that special something—that X factor—are as rare and precious as diamonds.

An exceptional video, such as the one for “Somebody That I Used to Know” (recorded by Gotye, featuring Kimbra, and written by Gotye and Luiz Bonfa) can play a big role in bringing a song to the public’s attention. A recording’s production, instrumentation, and an artist’s vocals all make contributions to a song’s becoming a hit. But for non-performing songwriters, these are factors about which we are rarely consulted. So, let’s examine some of the elements that are in our control, the factors that can elevate songs from album cuts to smash hit singles, and from “good” to “wow.”

A new angle—a fresh way of expressing a topic that millions of listeners relate to—coupled with unique lines of lyric can be the bait that hooks in an audience. Finding new ways to express ourselves becomes even more critical when writing about topics such as love and physical attraction, subjects that are frequently addressed in songs. Songs that rise above the competition rarely do so with lyrics that are predictable or cliché. Listen to the songs listed below to hear a variety of lyric techniques that contributed to their becoming hits.

The achingly beautiful lyric of “If We Were Vampires” (recorded by Jason Isbell and the 400 Unit, written by Isbell) expresses the sentiment that mortality is a gift because each moment of a relationship becomes more precious when viewed as something that is destined to end. No doubt, this exceptionally novel concept played an enormous role in the song garnering a GRAMMY for Best American Roots Song.

With its highly original twist on the subject of baptism, Carrie Underwood’s “Something in the Water” (written by Underwood, Chris DeStefano and Brett James) topped the Billboard country music charts for seven weeks and the Billboard’s Christian chart for 26 weeks, setting airplay records along the way. The song earned Billboard’s “Top Christian Song” of 2015 award.

Taylor Swift’s hit song “Red” (written by Swift) used metaphors and similes associated with colors to paint vivid pictures of a relationship. The result is a truly exceptional lyric.

The lyric of Halsey’s “Bad At Love” (written by Halsey with Justin Tranter, Roget Chahayed, and Eric Frederic) incorporates detail and unique images, using multiple scenarios to tell its story of the singer’s failed attempts at love. Fresh, unexpected rhymes (i.e., rhyming “Michigan” with “kissing him”) also contribute to the impact of this lyric that became Halsey’s first top 5 single as a lead artist on Billboard’s Hot 100 chart and her first #1 on the Dance Club Songs chart.

I’m a firm believer that the top three reasons songs become hits are: 1) melody 2) melody, and 3) melody. I am not implying that lyrics are unimportant. But we are not writing poems. It doesn’t matter how amazing your lyric is unless it is melded to a melody that is unforgettable.

Some hit songs set themselves apart from the pack with distinctive melodic intervals, which can be defined as the distance between two pitches played in sequence. A beautiful example of this can be heard in Kris Kristofferson’s #1 classic, “Help Me Make it Through the Night” (recorded by Sammi Smith, as well as artists including Loretta Lynn, Elvis Presley, Willie Nelson, Glen Campbell, and Jerry Lee Lewis). GRAMMY winning Song of the Year “From a Distance” (recorded by artists including Nanci Griffith, Bette Midler, and Judy Collins, and written by Julie Gold) is an additional great example of this tool. When you listen to these songs pay close attention to the melodic intervals on the first lines and you will hear how important this tool is in creating exceptional melodies.

Listen to “I Miss You” (written by Ashley Monroe and Tyler Bryant) from the Time Jumpers’ GRAMMY-winning Best Americana album to hear how powerfully the unexpected chord changes and melody evoke emotion. That melodic moment takes this beautiful tribute to bandmate Dawn Sears to a next level.

Ultra-catchy rhythms in the vocal melody play a big role in the success of countless hits. The repetition of the quirky rhythms that accompany the title in Ella Mai’s breakthrough hit, “Boo’d Up” (written by Mai, with Joelle James, Dijon McFarlane, and Larrance Dopson) made a major contribution to the song becoming what Rolling Stone magazine called, “one of the biggest singles by a breakout female R&B singer in the past 10 years.”

To hear some exceptionally catchy rhythms in the vocal melody listen to “Meant to Be” (recorded by Bebe Rexha feat. Florida Georgia Line, and written by Rexha with Tyler Hubbard, Josh Miller and David Garcia). The repetition of those hooky rhythms throughout the chorus helped the crossover smash to sit atop Billboard’s Hot Country Songs chart for a record-breaking 50 weeks.

A musical track and production elements that differentiate the song and recording from others in its genre are also important elements in hits. In addition to fresh, memorable rhythms, the hook-laden dancehall/tropical house-infused track of Ed Sheeran’s “Shape of You” (written by Sheeran with John McDaid, Kevin Briggs, Steve Mac, Kandi Burruss, and Tameka Cottle) helped take that recording to #1 in thirty-four countries, earning it a ranking of #9 in Billboard’s best-performing songs in the history of its Hot 100 chart. The stripped-down instrumentation, which included marimba, sounded like nothing else on pop radio.

Most hits don’t rehash anything that preceded them. But while the majority of hits incorporate or hybridize aspects and styles that have previously been successful, they don’t reinvent the wheel. The goal is to fit within the format we are targeting, while pushing the creative envelope. Unless there is something new and different to set our songs and recordings apart—elements that break new ground—it’s unlikely that they will make the kind of impact we hope for.

It is rarely only one element that causes a song to rise above the competition. Why not use all the tools at your command? There is no guaranteed formula for a hit, but we can give our songs their best shot by building on a fresh lyric concept—a unique angle; including original “wow” lines in our lyrics; including distinctive melodic intervals and rhythms in the vocal melodies; using the most effective chord changes; and incorporating distinctive elements in the production and instrumentation.

Incorporate the tools and techniques that have proven themselves to be successful. But most importantly, dare to push the creative envelope and give listeners something new and exciting. Infuse your songs with melodies and lyrics that only you could have written, and you’ll maximize your chance of a hit.

Jason Blume is the author of 6 Steps to Songwriting Success, This Business of Songwriting, and Inside Songwriting (Billboard Books). His songs are on Grammy-nominated albums and have sold more than 50,000,000 copies. He has been a guest lecturer at the Liverpool Institute for Performing Arts (co-founded by Sir Paul McCartney) and at the Berklee School of Music. For information about his workshops, webinars, additional articles, and more, visit www.jasonblume.com.