Posted in MusicWorld on February 15, 2018 by Jason Blume 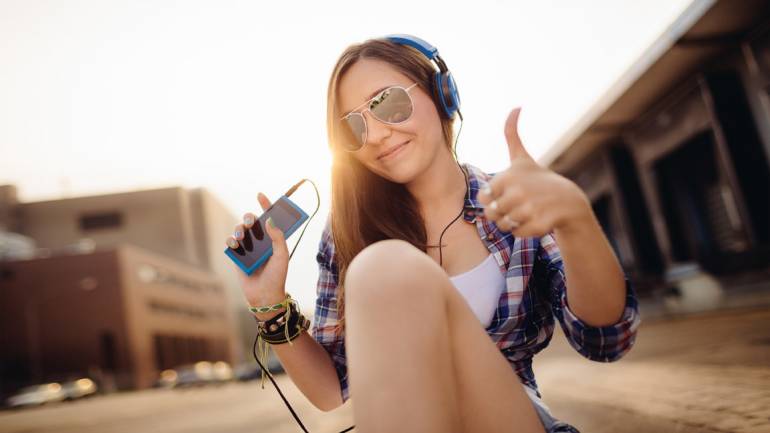 Supporting our titles is one of the most effective tools we can employ to craft strong lyrics. In many songs, the title is the heart of the lyric, encapsulating the meaning and the essence of the song into a word or phrase. In songs that include choruses, the title is almost always included in the chorus.

When the title is heard, it should feel satisfying for the listener, because ideally, it is the logical, organic conclusion of the lines that preceded it. To achieve this, we need to “set up” and support the title. Indeed, one of the main jobs of our lyrics is to deliver the listeners to the title. There are several tools and techniques that can help us to accomplish this.

How to Craft Verses That Lead to Your Title

In songs that contain choruses, ideally, the verse lyric leads the listener to the chorus, and to the title, which is the focal point of the chorus. There may be many scenarios that could effectively lead to the same title. A good way to find them is to ask yourself, “Why would the singer say this title?”

For example, if my title is “I Still Love You,” it would seem very strange if, out of the blue, the singer were to say “I Still Love You” with no reason. The recipient of these words would likely respond along the lines of, “Well, I’d certainly hope so!”

So, I ask myself what impetus the singer might have to say these words at this moment? Here are some scenarios that might provide a logical reason to say “I Still Love You.”

Any of these ideas could become the basis for a verse that logically leads to the title, “I Still Love You.”

To effectively lead listeners to a title, it can help to include words, phrases, and imagery associated with the “key” words—the most important words—in the title. The first step is identifying these words. Here are some examples of titles with the words to emphasize in italics.

Creating what I call a lyric palette prior to writing a lyric, can help us support our title by providing a convenient list of words related to the title. As a painter prepares a palette of colors to incorporate into his or her painting, a songwriter can create a list of words, phrases, and images that relate to the title.

For example, if I were writing a song titled, “You Are My Angel,” I would ask myself what words and images I associate with angels. My lyric palette might include: harps, heaven, clouds, heavenly choirs, St. Peter, heaven’s gate, streets of gold, wings, and halos, as well as antonyms, such as devil and hell.

Including all of these words or phrases, or incorporating them into every line would be overkill, resulting in a lyric that feels overly-clever, forced, or contrived, unless the intention is to write a novelty or a comedy song. But by sprinkling these images sparingly throughout a lyric, we can effectively lead our listeners to the title.

If we fail to support our title with related images our audience will likely feel disappointed when the title is heard. Let’s look at an example for a song titled “War of Hearts.” My lyric palette for this title would include words and phrases that relate to “war,” such as “battle,” “wounds,” “land mines,” “casualty,” “soldiers,” “surrender,” “white flag,” “battleground,” “guns,” “bombs,” “attack,” “combat,” and “fighting,” as well as the antonym, “peace.”

The example above fails to support or lead to the title because it includes no references to “war” which is the key, defining word in the title.

While every line in the second example does not include a reference to war, the use of the words “wound,” “bullets,” “surrender” and “weapons” relate to the title and provide a satisfying conclusion to the chorus. When writing the verses, I would also include words and images associated with war.

“Craving You” recorded by Thomas Rhett, featuring Maren Morris (written by Julian Bunetta and Dave Barnes) is an excellent example of a lyric that supports its title. The lyric includes words such as “drugs,” “cigarette,” and “100 proof,” that are all related to cravings.

Similarly, Kesha’s “Praying” (written by Kesha with Andrew Joslyn, Ryan Lewis, and Benjamin Manusama) incorporates words associated with praying, such as God, soul, peace, and falling on your knees.

What if You Don’t Begin with a Title?

Most Nashville songwriters start a lyric by choosing a title. But this approach to writing is by no means limited to Music City. I have written more than a thousand songs with professional writers in Los Angeles, New York, Scandinavia, Asia, Australia and New Zealand, as well as in Nashville. My estimate is that 95% of the time, the titles for those songs were decided upon before the lyrics were written. If I don’t know the title I am leading my listeners to, I’m shooting arrows in the dark. As Yogi Berra famously said, “The problem is, if you don’t know where you’re going, you might get there.”

I am not suggesting that writers should never start with a melody, a backing music track, a groove, or a riff. Successful songs are regularly written all of these ways, and there is no right or wrong way to create. But when it is time to write the lyric, in my experience, pros typically start with a title.

Nor am I implying that we should never allow lines and images to pour out of us in an unhampered stream of consciousness. But if our stream of consciousness does not flow in a direction that delivers listeners to our title, we can revisit the lyric during the rewriting process and add or alter lines that support the title.

Artists and bands writing solely for themselves have more latitude to write abstractly and non-literally than those who are writing in the hopes of placing their material with other artists. These artists might not always incorporate lines that lead to a title.

Great lines are only great within a context. If a “great” line does not support the concept of the song, it might be best to save that line for another song.

Supporting a title, and having it pay off, is one of the best ways to ensure a lyric will connect with our listeners. Crafting verse lyrics that deliver our audiences to our titles, and incorporating words and imagery associated with those titles, can help us create powerful lyrics that feel satisfying for our listeners.