The Hollywood Reporter and Billboard magazine held their “Film and TV Music Conference” November 13-14 in Los Angeles, where BMI, a returning sponsor, presented a panel entitled “Director/Composer Line – Fox Searchlight’s The Wrestler.” Moderated by BMI Vice President, Film/TV Relations, Doreen Ringer Ross, panelists included The Wrestler’s director Darren Aronofsky and composer Clint Mansell. The panel focused on the role music played in the film, and the synergy between Aronofsky and Mansell, as well as their long collaborative career together. Shown at the panel are: 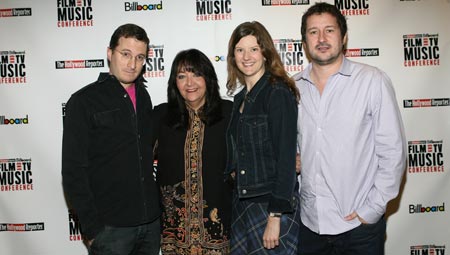 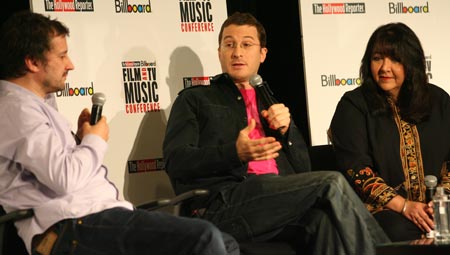