Posted in MusicWorld on September 23, 2013 by Jason Blume 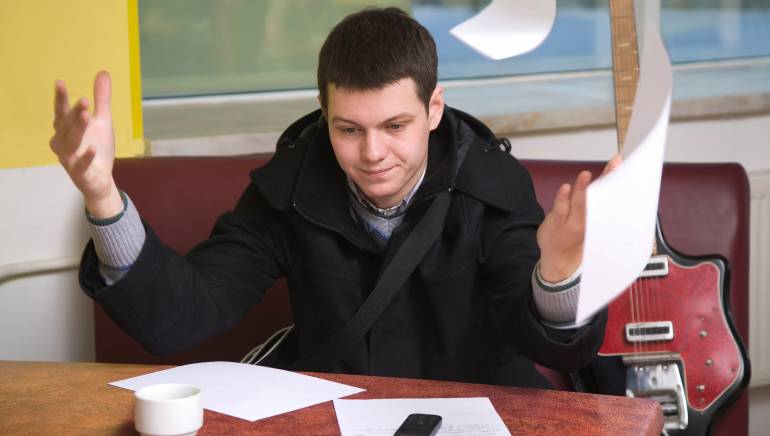 I’m in my eighteenth year of teaching BMI’s Nashville Songwriters’ Workshop. In those classes I’ve listened to 40 to 50 songs at least 10 times a year. I did some math: I’ve reviewed more than 8,000 songs—and that does not include the songs I critiqued in the master classes, song camps, and workshops I’ve taught throughout the world.

I’ve watched some of my students grow into exceptional writers, begin relationships with publishers, and end up with staff-writing deals—even number one singles. But most of the songs I heard were “good”—and “good” isn’t good enough to rise above the work being produced by the top hit makers.

Recording artists who are writing for themselves need to write exceptional songs that define and support their artistic identity, while having an emotional impact on the listeners. Those of us who are writing for artists other than ourselves, need to craft material that compels artists, producers, publishers and A&R executives to choose our songs over all the other songs being submitted for the project—including those written or co-written by the artist, the producer or someone else on the “inside.”

One of my most important jobs as a teacher is to identify and share the common denominators I observe in successful songs—and to steer my students away from the pitfalls I notice in those songs that fall short. While there are no rules in songwriting, and no right or wrong way to do it, here are some of the biggest lyric pitfalls I consistently notice:

Many writers write solely as a means of introspection and catharsis. They bleed onto their paper or computer, dispersing their angst into the world on the wings of their highly personal lyrics.

Some of these writers rely on abstract poetic phrases and images, effectively shrouding the meaning of their lyrics in so much symbolism that they exclude their listeners from understanding or empathizing. They are writing for an audience of one.

The goal of effective songwriting is communication—and that requires bringing your audience into the equation. If you want your songs to affect me, don’t write about your life—write about mine. Some of the most successful writers are those who write about their lives in a manner that makes listeners wonder, “How did she get inside my heart and know exactly how I feel?”

Few artists record songs with nonlinear, nonliteral lyrics unless they are self-written. While this approach might work if you are Coldplay, Train or another recording artist writing songs for your own band or artist project—and attaching them to amazing melodies—it is a rare writer who can evoke emotion by writing in this style.

If your goal is to share your music with the world, be sure that you write in a style that speaks to your audience and communicates the message you intended.

2. Telling Instead of Showing

One of the most effective ways to evoke emotion is to invite your listeners into your world by allowing them to “watch” a story unfolding. Compare the two lyrics below and note which one makes you feel something.

I wish I could go back in time
To when our love was new
Cause I miss you more than words can say
And I hope you feel it, too

Last night I woke up from a dream at 2 a.m.
Watched the cold, gray shadows cross this empty bed
A sliver of moon shone softly through the curtains
To the tear-stained pillow where you used to lay your head

I stumbled to the closet—pulled on your Titans T-shirt
And breathed a memory of summer in the scent of your hair
Then I fell to my knees and said, “God if you’re listening,
Answer this heartbroken lover’s prayer”

The second lyric never stated how the writer feels; it never said, “I’m lonely; I’m sad; I miss you; I’m hurting…) Instead of reporting the writer’s feelings, action, images and detail were used to “show” the scene, as if it were a video. You were able to surmise how the writer felt from the actions that unfolded in the lyric, and more importantly, you felt the emotions the writer strove to evoke.

Incorporating action, imagery, and detail in your verse lyrics is virtually mandatory for success in the current country music market; it forms the foundation of today’s Music Row hits. But a look at some of the best lyrics in songs by artists such as Katy Perry, TobyMac, Kanye West, Guy Clark, Lana Del Rey, Taylor Swift and others will reveal that this technique is used in some of the most successful songs in a wide variety of genres.

An easy acronym to remind you to use this tool is:

Note that most often, the function of the chorus is to present a summation of the concept, and to hammer home the title. The “story” is most often told in the verses. This is why the action, imagery and detail are most often incorporated into the verses.

Not every song will necessarily tell a story, but this is a crucial tool to master and have in your toolbox regardless of the style in which you write.

3. Failing to Support the Title

Ideally, the title is the heart of a song—the focus—and every line of lyric will contribute to leading your listener to the title. When we hear the title, it should be satisfying because it is the organic result of the lines that preceded it. Verse lyrics that neither support nor logically lead listeners to the title tend to leave listeners unsatisfied.

We can avoid this pitfall by being certain to include phrases and imagery that have a clear connection to the title. Notice that in the example below, the first lyric fails to support or lead to the title, “The War Of Hearts.” The second example benefits from phrases that relate to—and direct the listener to—the title.

The first example fails to include any words or phrases related to “war.” The second example incorporates the words “bullets,” “surrender” and “weapons” to lead to and support the title.

It can help to create a lyric palette—a list of words and phrases that relate to the title—that you can choose from and incorporate into your lyric. For the title “War of Hearts,” a lyric palette might include words and phrases that relate to “war,” such as: battle, wounds, land mines, casualty, fallen soldiers, assault, white flag, battleground, peace, guns, bombs, attack, combat and fight. If a lyric is written prior to deciding on a title you can go back during the rewriting process and add supporting words and phrases.

By using this tool you can effectively set up your title and add to its emotional impact. But careful not to overuse it or the result can seem contrived.

Imagine reading a terrific first chapter of a book, then eagerly turning to chapter two, only to find that the second chapter has essentially reiterated the information you’d already learned in chapter one. You’d likely be disappointed, and if this pattern continued, you’d probably stop reading the book. It’s the same with songs. To hold your listeners’ interest, your songs need to develop and progress.

Many developing writers fail to bring new information into their second verses. An easy way to find your second verse is to answer one of the following questions:

By answering one of these questions, you will be insuring that your second verse lyric takes the song to a next level and does not repeat the information expressed in the first verse.

One of the biggest songwriting pitfalls I observe is the failure to use fresh, original images, or find new ways to express our messages. It’s easy to settle for a “pretty good,” serviceable line of lyric, but predictable, unexceptional lyrics won’t rise above the competition.

The Lyric Cliché commission confirmed the following phrases have exceeded their limit and may not be used again until 2047:

Note: Rhyming “love” with “the stars above” has also exceeded its limit.

Leonard Cohen purportedly filled a notebook with approximately eighty verses before choosing the strongest ones for his modern-day classic “Hallelujah.” I’m not suggesting that every writer writes eighty verses for each song. But it’s self-defeating to believe that the very first thing that pops into your mind, or comes out of your pen, is such sheer perfection that not even one word could possibly be improved.

The solution: rewriting. My entire career is based on having rewritten (and re-demoed) the same song seven times, at the request of an excellent publisher who refused to allow me to settle for less than my best work. That seventh rewrite led to my first chart single—which subsequently led to signing a staff-writing deal, and every milestone in my career. What if I had decided I’d had enough after the third rewrite—or the fourth? What if after the fifth or sixth rewrite I’d said, “I like it the way it is. What’s this jerk know anyway?”

When you’ve completed a draft of a lyric, look it over—one line at a time. Put a check mark next to those lines you are truly proud of—lyrics that you know are better than “good”—lines that would make an artist say, “I wish I’d written that,” or “I’ve never heard that concept expressed in such an interesting way.”

Then circle those lines that are predictable, mundane, “okay” lines—lines that anyone could have written. Revisit each of those lines and explore new ways to convey those ideas until you land on “Wow!”

One amazing song will take you much farther than fifty perfectly crafted, “pretty good” ones.

Remember … if you don’t give publishers, artists, producers, record labels and listeners compelling reasons to choose your songs over the competition—they won’t.

Successful lyric writing is not just about getting lucky. Luck is great, and I hope you find it—but it’s amazing how much luckier we get when we write lyrics that are truly exceptional—lyrics that rise above the pack. These tools may not necessarily come easily for you, but that doesn’t mean you can’t acquire them with practice.

Jason Blume is the author of 6 Steps to Songwriting Success, This Business of Songwriting, and Inside Songwriting (all publishing by Billboard Books), and he has produced a series of instructional songwriting audio CDs. His songs are on albums that have sold more than 50 million copies, and he is among the few writers to ever have his songs on the pop, R&B, and country charts all at the same time. Jason’s songs have been recorded by diverse artists including Britney Spears, the Backstreet Boys, the Nashville Chamber Orchestra, and country music stars including the Oak Ridge Boys, John Berry (earning a BMI Million-Air Award for exceeding one million airplays), and Collin Raye (6 cuts). He most recently had a top 10 hit in Europe with Dutch star, BYentl, and his songs have been included in top television shows including “Scrubs,” “Friday Night Lights,” “The Guiding Light,” Disney’s “Kim Possible,” and “the Miss America Pageant.”

In addition to developing and teaching the BMI Nashville Songwriters’ Workshop, Blume has presented master classes at the Liverpool Institute for Performing Arts (founded by Sir Paul McCartney), and throughout Ireland, Norway, Australia, Canada, New Zealand, Bermuda, Jamaica, and throughout the U.S., as well as co-leading the Nashville Songwriters Association’s (NSAI) annual song camps.