Posted in MusicWorld on October 18, 2017 by Jason Blume 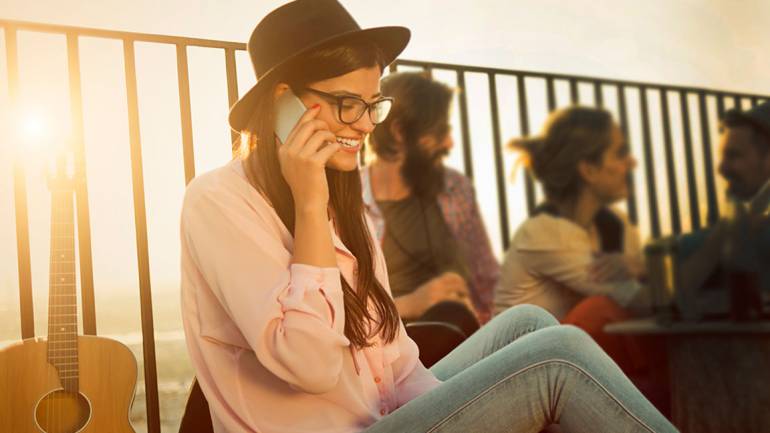 For many songwriters signing a staff-writing deal is the ultimate prize— the ticket to getting paid to write songs, quitting the day job, gaining the credibility to write with other signed writers, and having a staff of publishers who have a vested interest in your success pitch your songs and plug you in to co-write with successful writers and recording artists. But for a surprising number of my songwriting students what staff-writing really entails—and how to get one of these deals—remains a mystery.

It can help to understand that the term “staff-writer” is a misnomer. It typically does not appear anywhere on a songwriting contract. Contrary to what many people assume, a staff-writer is not an employee of the publishing company to which he or she is signed. A staff-writer is not required to work at the publisher’s offices and does not receive a salary, nor is he or she entitled to employee benefits such as health insurance. A staff-writing deal is actually just a common way to refer to an exclusive songwriting agreement.

By entering into an exclusive songwriting contract a songwriter grants the company to which he or she signs the sole right to publish his or her songs during the period of time specified by the contract. Under the terms of a typical exclusive songwriting agreement all of the songs a writer creates while the contract is in force are published by the company to which he or she is signed. The exception would be if the publisher deems a song unacceptable, as defined by the terms of the contract.

Staff-writers do not receive a salary. In almost every instance any money paid to a writer or incurred on his or her behalf is considered an advance against the writer’s future royalties and, as such, it is subject to being recouped. How those royalties are recouped—and from what sources—are among the elements an attorney negotiates. (It is always advisable to have a qualified music business attorney negotiate a contract of this nature.)

How much money can you expect to be advanced? The sky’s the limit for those with a track record of hits—and the likelihood of delivering more (for example, a writer who is currently topping the charts and/or collaborating with successful recording artists). For a writer who has not yet had success the advance might barely cover their basic expenses, leading some newly signed writers to keep a part-time job. In some instances, writers receive no advance, trading their publishing rights and income for the opportunities that aligning with a skilled publisher can bring.

In the event the contract expires and sufficient royalties have not been generated for the publisher to recoup the advance the writer is not required to repay the money unless stated otherwise. But unless otherwise specified in the contract, the songs that were delivered remain in the publisher’s catalog.

Staff-writers are contractually required to deliver a minimum number of songs referred to as their quota. This number is specified in the contract. In Nashville, the quota is most often defined as the number of songs that must be turned in. In these cases, ten, twelve, or fifteen songs might be the quota—if the songs were written solo. In the event the songs were co-written only the percentage of ownership belonging to the writer is applied toward fulfilling his or her quota. For example, if a song is a 50/50 split it counts as half of a song toward meeting the quota; if a song is the result of a three-way collaboration, it is considered one-third of a song for purposes of satisfying the writer’s quota.

In other instances, the quota might be defined as the number of songs released by artists signed to a major-label, the number of songs that reach a specified chart position, the number of songs that attain a specified level of income, or some other criteria. For writers who sign these kinds of deals simply delivering a song does not go toward fulfilling their quota unless these conditions are met. In some cases, the term of the contract is not considered to be over—and the writer is not permitted to publish songs with another company—until these criteria are fulfilled.

Exclusive publishing agreements rarely extend beyond one year. However, it is typical for these contracts to include additional option periods, meaning that at the end of the one-year period, the publisher has the option to extend the agreement for an additional year.

Advances for these future periods are specified in the initial agreement and in most instances the amount advanced goes up each year. For example, the contract might be in effect for one year, with five additional one-year option periods. Whether these options are exercised is solely up to the publisher.

Now that you understand what being a staff-writer means let’s address how to get a publisher to offer an exclusive songwriting agreement.

Strategies for Securing a Staff-Writing Deal

In every scenario, you need to have something a publisher needs. What does a publisher need? Writers who can deliver songs that produce income. Therefore, the most direct route to a deal is to bring a song with publishing rights available to the negotiating table—a song that has already been recorded by an artist who is likely to cause royalties to be generated, i.e., an artist with a track record or an artist signed to a major record label. It’s a low-risk situation for the publisher because there is a high probability that any money they advance to the writer will be recouped. This is the route that landed me a deal. It’s also the way several of my students became staff-writers.

While this situation places you in the best possible negotiating position, most aspiring writers don’t have a major cut to bring to the table. So how did I land a cut with a hit artist prior to my being aligned with a publisher?

I wrote a song with a staff-writer whose publisher pitched the song. When the song was recorded by a superstar act and was slated to follow up their latest #1 single I had a proverbial carrot to dangle. For eleven years, I had chased a staff-writing deal to no avail. But once I had a recording that was likely to earn money, I had six publishers wining and dining me and offering me the deal I had hoped for.

In deciding which company to sign with I reminded myself that any money I’d be advanced was essentially a loan that would be recouped when my songs (hopefully) produced income. So instead of choosing a publishing company based solely on which one offered me the most money, I chose the publisher who I believed was most likely to develop me into a successful writer. I chose the publisher who had the best connections—the one that offered me the most opportunities to get my songs recorded and the most direct route for me to collaborate with successful artists.

So what if you don’t have a song with publishing rights available that has already been recorded? What can entice a publisher to sign you to an exclusive contract?

Publishers look for writers whom they believe have the potential to become successful recording artists. They also seek those who show promise as aspiring record producers, writers who are well connected to successful artists, and those who are collaborating with successful writers. A great, positive personality and a strong work ethic will certainly work in your favor, too. But nothing can take the place of having songs a publisher believes are hits-waiting-to-happen.

If you’ve got exceptional material that targets the current market, you’ll need to put yourself in places where you can network with published writers and publishers and play them your songs. You might find it helpful to read my article, “I Know I Have a Great Song…Now What?”

Aligning with a publisher has often been compared to a marriage. Before committing to an exclusive relationship, it is likely that a publisher will want a period of “dating” during which you have an opportunity to get to know each other better. They will probably ask to meet at least several times to hear your latest work, and in many cases, will set up collaborations between you and some of their other writers. They might start by entering into one or more single song agreements to test the waters and gauge the responses they receive from recording artists, producers, and record label executives. If they feel the writer is a good fit the publisher will likely propose taking the relationship to the next level—a long-term, exclusive commitment.

Only a handful of songwriters have ever achieved and sustained a successful career without engaging in an exclusive songwriting agreement. Signing a staff-writing deal with the right publisher can make all the difference.