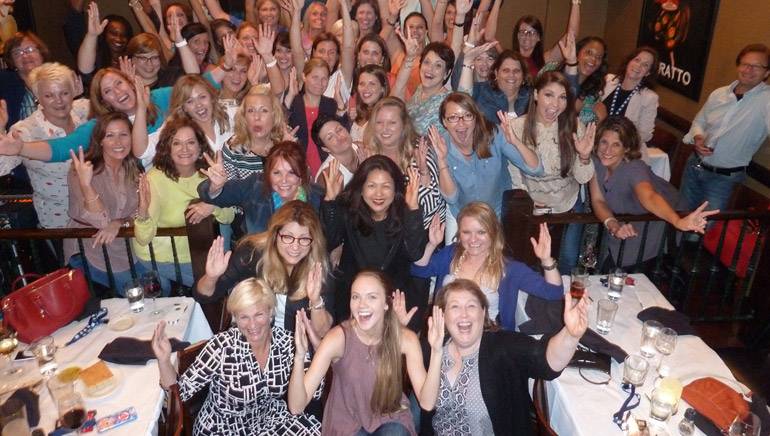 Pictured with Danielle after her performance are the RTTR Class of 2015, along with the seminar speakers and representatives from the RAB, MIW and BMI.

Rising Through the Ranks 2015 was highlighted by a high energy performance from Big Machine recording artist and BMI songwriter Danielle Bradbery, who won Season 4 of NBC’s top ranked TV show The Voice. RTTR is a two day seminar held at the BMI offices in Nashville and conducted in partnership with the Radio Advertising Bureau and the Mentoring and Inspiring Women in Radio group.  Each year, BMI awards more than 20 scholarships to female executives who have a desire to rise through the ranks of radio and “break through the glass ceiling.” At the event, BMI hosts a closing dinner that features a female country artist who is making an impact in the industry. This year (8/19), Danielle performed several songs from her upcoming project, as well as tunes from her debut album, including the top 15 smash hit “The Heart of Dixie.”