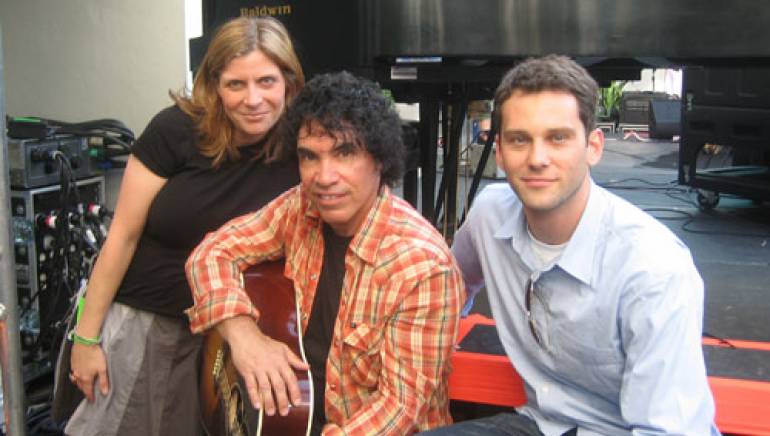 BMI, in conjunction with Primary Wave Music Publishing, presented John Oates at its latest edition of BMI’s Pick of the Month series, held July 29 at the Mint. The performance was in celebration of John’s forthcoming release, 1000 Miles of Life.

John Oates, one-half of the chart-topping pop duo Daryl Hall & John Oates, is responsible for 21 albums, which have sold over 80 million units. This accomplishment solidifies them as the most successful duo in rock history. They have scored 10 number one records with hits such as “Maneater,” “Sara Smile,” “Private Eyes” and “Out of Touch”; over 20 top 40 hits; three double-platinum and two platinum albums; and have toured the world for decades. Their influence on modern pop music has been cited by numerous contemporary bands, including Gym Class Heroes and the Killers, who have credited and acknowledged Hall and Oates’s considerable contribution to American music.

In addition to their numerous American Music and MTV awards, in 2005 they were inducted into the Songwriters Hall of Fame. BMI honored the duo in May 2008, with the prestigious Icon award for their outstanding career achievements in songwriting. John Oates will continue his musical journey by releasing his second solo album, 1000 Miles of Life, which contains an array of tunes that are dear and near to him. With songs like “Sending Me Angels,” “The Good Son” and “1000 Miles of Life,” the message in his music clearly expresses John’s most recent life experiences. Throughout the album, John’s melodic acoustic guitar riffs are in perfect synch with his lyrical genius. myspace.com/johnoatesmusic

BMI’s Pick of the Month is a live monthly showcase series focusing on a band or artist. The monthly series is meant to help expose the performer to the music industry and public through a top quality venue and discounted admission. Past BMI “Pick of the Month” participants include Macy Gray, Counting Crows and The Feeling.