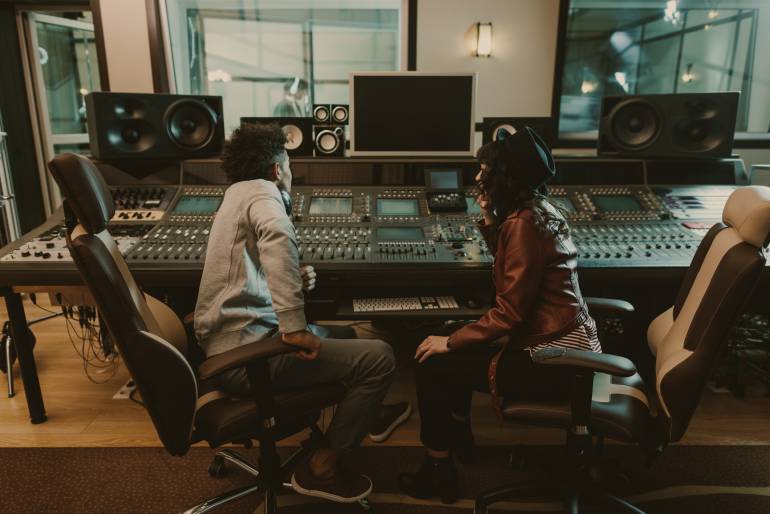 Seven years after moving to Los Angeles to become an overnight sensation, I had my first song recorded and it was slated to be a single. During a phone call, the producer of that song casually mentioned that he would like to write with me the next time I visited Nashville. I promptly booked a flight and hotel, maxing out my credit cards to do so. This was a huge opportunity because this producer had written six #1 country singles. I, on the other hand, had never set foot in Nashville, and although I had lots of pop songs under my belt, I had written a grand total of one country song–the one that had been recorded.

Was I intimidated by the prospect of this collaboration? No. Intimidated doesn’t even come close to describing how I felt. Terrified, petrified, and panic-stricken come much closer. How could I possibly hold my own with someone who had written iconic hits? My solution was to prepare song starts.

What are song starts? I consider them little insurance policies, protecting me against the possibility that if—instead of my typically dazzling self—I show up to my writing session braindead and with a migraine, I will still have something valuable to contribute.

Being an optimist, I keep my song starts in a digital folder named “Future Hits.” A song start file might include:

I name my musical ideas so I can identify them. For example, I might title a melody, “Up-tempo Country ala Kenny Chesney” or “Charlie Puth chorus melody.”

Occasionally, my collaborators fail to recognize the brilliance of one or more of my ideas. Other times they might say they have already written a song with the same lyric concept or a rhythm and/or melody similar to the one I suggested. To prepare for these eventualities I like to come in with at least three strong ideas; preferably more.

I am not suggesting that you bring a finished song. That would negate one of the best reasons to collaborate: to create something that could only result from the joint contributions of—and the chemistry between—you and your co-writer(s). In the best collaborations, something comes out of the writers that would never have emerged if they had been writing alone, or if any other co-writer had been in the room.

How much is too much to bring to a collaboration? I’ve had instances when co-writers who had not yet acquired a track record suggested we write a song that seemed to be finished before they brought it me. These songs were only missing a line or two of lyric, or a bridge. In these cases, I got the distinct impression that the main contribution they wanted from me was my name on the song. Pro writers with integrity don’t need to—and would choose not to—take credit for something they had not written. So while you might have prepared an almost-finished song, it may be best to present only a portion of it—such as the chorus, the lyric concept, or the melody—and stay open to a co-writer’s input shaping it into a song that is a true collaboration.

In the two weeks leading up to that first trip to Nashville, I wrote at least a dozen lyric ideas, titles, and snippets of melodies. I arrived nervous, but armed. My co-writer never showed up for our writing session. His publisher, empathizing with my predicament, went down the hall and returned with one of her staff-writers in tow.

After running several of my song starts past AJ, we wrote the melody to a lyric I had brought with me. AJ’s melodic contribution and the bridge he added were magical. The resulting song, “Change My Mind,” changed my life. It would one day play on the doorbell of my house, which it paid for.

In many cases, I’ve gotten my best ideas when my creative juices started pumping while I was driving to writing sessions. Those adrenaline-fueled starts often surpass anything I had planned to present. But that’s not something I count on.

I know that some writers aren’t nearly as insecure and neurotic as I am, and they trust that the muse will show up whenever summoned. I prefer not to take that chance. So, I come prepared.