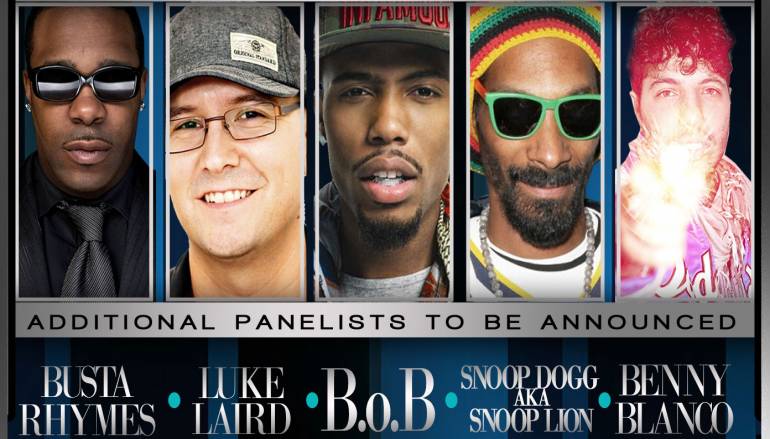 BMI’s popular “How I Wrote That Song,” featuring GRAMMY-nominated hip-hop icon Busta Rhymes, BMI Country Songwriter of the Year Luke Laird, GRAMMY-nominated songwriter/artist B.o.B , chart-topping songwriter/producer Benny Blanco and multi-platinum artist and entertainment icon Snoop Dogg aka Snoop Lion is slated for February 9, 2013, from 12:30 – 2:30 p.m. at The Roxy in West Hollywood. The panel discussion is an annual pre-GRAMMY weekend event that celebrates GRAMMY winners and nominees, and also serves as a platform for panelists to discuss the process of writing, producing and performing hit songs. In addition to these four superstars, there will be more hit makers to be announced.

The event is open to members of the public, ages 15 and up. Tickets are $15 in advance, $20 day-of the panel and can be purchased online.

Busta Rhymes is an American rapper, producer, and actor from Brooklyn, NY. His name was given to him by Public Enemy’s Chuck D after NFL wide receiver George “Buster” Rhymes. Busta Rhymes is best known for his fast paced rapping technique which has helped him garner 11 Grammy nominations over the years. Rhymes is best known for collaborating with a long list of top artist and producers including Linkin Park, Estelle, Asher Roth, Tiesto, Diplo, Eminem, Swizz Beatz, Mariah Carey, Mary J Blidge, P Diddy, and Kelis among countless others. Busta recently announced that he was working on his tenth studio album, alongside Canadian producer Boi-1da.

Luke Laird is an award-winning songwriter from Pennsylvania. Laird started his career in music as an assistant tour manager for Brooks & Dunn, honing his songwriting skills while on the road. Mentored by Nashville songwriter Bill Luther and publisher Chris Oglesby, Laird scored his first big placement with the song “Painless,” recorded by Lee Ann Womack. He has gone on to have ten number one singles including Carrie Underwood’s “So Small,” “Last Name,” “Temporary Home,” and Undo It;” Blake Shelton’s “Hillbilly Bone;” Sara Evan’s “A Little Bit Stronger;” and Rodney Atkin’s “Take a Back Road;” among others. In addition, Laird was named Songwriter of the Year at the 2012 BMI Country Awards, also winning the coveted Song of the Year award for “Take a Back Road.” A prolific and sought after writer, producer and collaborator, with more than 800 compositions to his credit, Laird’s songs have been on more than 20 million albums sold.

Hailing from Atlanta, Georgia Bobby Ray aka B.o.B began writing lyrics at a young age. B.o.B introduced himself to the world in 2006 with his mixtape Cloud 9, and has since traveled the world, topped the charts and broken invisible barriers that the music world didn’t know existed. His sophomore album Strange Clouds, garnered six Grammy nominations. His debut album B.o.B Presents: The Adventures of Bobby Ray certified gold while also capturing multi-platinum, breakout hits including “Airplanes” featuring Haley Williams of Paramore and “Nothing On You” featuring Bruno Mars, which was nominated for “Record of The Year” at the 2010 Grammy Awards. In just six years, B.o.B has gone from earning stripes to having stripes by means of a national Adidas endorsement campaign, along with being recognized by every award show from the American Music Awards and Grammys, to the BET Awards and NAACP Image Awards. www.bobatl.com

Snoop Dogg aka Snoop Lion is multi-platinum artist and entertainment icon. With over 20 years in the industry, Snoop’s ability to stay at the forefront of popular culture and new technology through hit records, brand partnerships, innovative digital strategies, philanthropy and more has resulted in unwavering relevance. Most recently, Snoop has been making headlines with his upcoming “Reincarnated” project and announcement of his new moniker, Snoop Lion - which has been the most controversial journey of a modern day icon. His spiritual awakening as Snoop Lion grew from his recent trip to Jamaica - where the Jamaican people and culture positively affected him. Snoop spent a significant amount of time in Jamaica recording his upcoming “Reincarnated” album, which was also documented with a film of the same name. An official selection of the critically acclaimed Toronto International Film Festival, the highly anticipated VICE Films/Snoopadelic Films release, “Reincarnated”, chronicles his illustrious career dating back to his beginnings and leading up to his spiritual awakening as Snoop Lion. 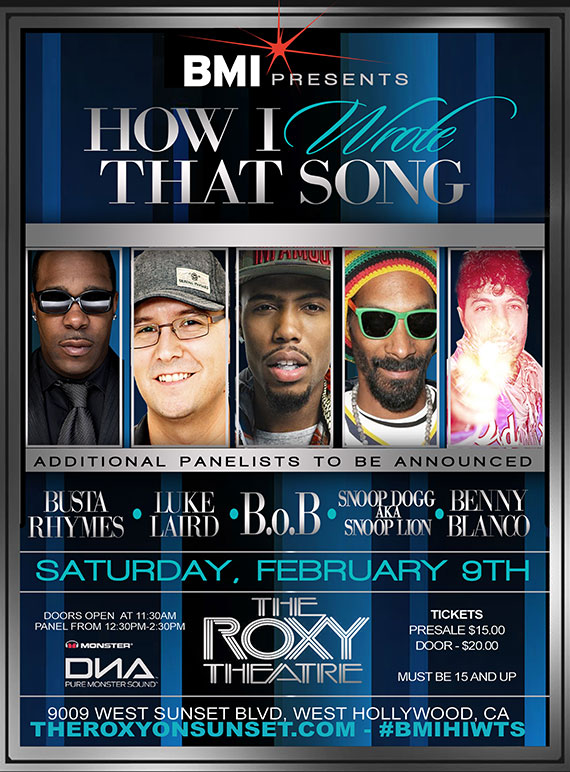