Posted in MusicWorld on August 19, 2021 by Jason Blume 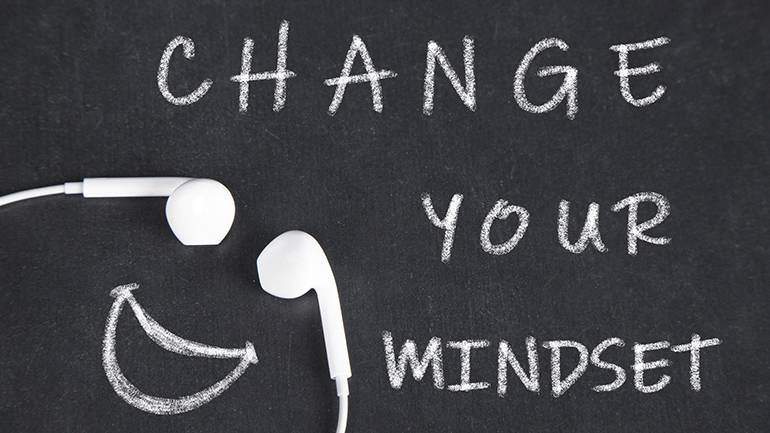 I recently forwarded three songs to a list of publishers who have agreed to listen to songs that I screen. One of the publishers responded, “This song is very well written and commercial. But I’ve already got this kind of stuff by the dozens. Seems that most writers are all caught up in chasing the same thing they hear on radio. So, they are always behind the curve.”

When I shared this comment on Facebook, I was overwhelmed by the number of responses and the intensity of the feelings it stirred up. Writers aired their grievances, stating that publishers, record labels, and artists claim they want something new, but the writers keep hearing the “same old—same old” on the radio. I certainly empathize with the frustration of having songs rejected, but I have a different perspective.

Publishers and record label executives are not songwriters’ adversaries. They do not have a vested interest in passing on our songs. To the contrary, their careers ride on finding songs that will rise above the hundreds of other songs being pitched, as well as those written or co-written by recording artists. They have to sit across from producers, artists, and A&R execs and blow them away, knowing that a major record label will likely make a very large investment to promote a single.

When publishers say they want something new they are NOT looking to reinvent the wheel. It is unlikely they are seeking operatic bagpipe polkas, or atonal jazz rap to pitch to mainstream recording artists. They need songs that sound like they belong on playlists of successful songs in specified styles—songs with universal appeal that have a new lyric angle and a fresh melodic or rhythmic approach. They seek songs that grab attention—in a good way; songs that push the envelope—not toss it out.

Consider this analogy. Imagine you are tasked with creating a chocolate chip cookie that will edge out a thousand other chocolate chip cookies—all being made by professional bakers—to nab a million-dollar grand prize. It won’t work to bake a brownie or a cupcake; this is a cookie competition. It goes without saying that your cookie will need to be delicious, but you will have to find ways to set it apart from the competitors. You might explore adding a variety of ingredients—for example, macadamia nuts, coconut, M&Ms, pretzel bits, or peanut butter. You might also try white chocolate, use cookie cutters to create different shapes, or add frosting, marshmallows, or sprinkles on top.

It is a safe bet that an unadorned chocolate chip cookie will not take top honors. Similarly, a perfectly crafted song that checks off all the boxes, but fails to differentiate itself from the competition, is unlikely to be chosen.

Let’s explore some of the ingredients we can mix into our songs to create recipes for standout hits—songs that sound fresh and original, while still sounding like they fit into their respective genres.

Only a handful of topics are typically found in hit song lyrics. We mostly hear about love (i.e., being in love, looking for love, the heartbreak of losing love, etc.), partying, dancing, chilling out, following a dream, getting away from a small town, religious faith, and to a lesser extent, patriotic songs, holiday songs, and novelty/comedy songs, as well as songs that address social issues. It is unlikely that the next big hit will extoll the joys of algebra.

While there are indeed a limited number of popular lyric themes, there are countless ways to approach these topics. One way to create something perceived as “new” is by building on the foundation of a unique concept—a distinctive angle. Country Song of the Year GRAMMY nominee, “The House That Built Me” (written by Tom Douglas and Allen Shamblin, and recorded by Miranda Lambert) touched hearts with a lyric that exquisitely expresses the feelings evoked when the singer revisits her childhood home and sifts through memories, in the hopes of finding healing. The twist on words in the title “The House That Built Me” further established the writers’ distinctive take on this unique idea.

H.E.R.’s GRAMMY-winning Song of the Year, “I Can’t Breathe” (written by H.E.R., Tiara Thomas, and Dernst Emile) transformed George Floyd’s agonizing plea into a powerful anti-racism anthem. In doing so, the writers created a song that was both an original approach to the topic of racial inequality and perfectly suited for its time.

“Reckless Love” (written by Ran Jackson, Cory Asbury, and Caleb Culver, and recorded by Cory Asbury) earned a GRAMMY nomination and the Gospel Music Association’s Dove Award for Song of the Year, and spent eighteen weeks atop Billboard’s Hot Christian Songs chart. Referring to God’s love as “reckless” is undoubtedly a fresh angle upon which to base a Christian lyric. The 6/8-time signature also contributed to this hit sounding different from other similar songs.

American Idol alumnus Gabby Barrett’s international crossover smash “I Hope” (written by Gabby Barrett, Zach Kale, and Jon Nite, recorded by Barrett and as a duet with Charlie Puth), topped Billboard’s Hot Country and Adult Top 40 charts, and reached #3 on the Hot 100 chart, becoming one of the biggest hits of 2020. The song’s concept is an unexpected take on the feelings one might have—but would rarely reveal—in the wake of a breakup. The lyric resonated with millions of listeners, cleverly expressing that the singer hopes her ex’s new girlfriend makes him happier than he had ever dreamed; that she hopes his new love is everything he could ever wish for; and that she hopes the new lover cheats on her ex—like he did on her.

Writing lines of lyrics that capture our ideas in ways no other writer has previously done can also contribute to a song being categorized as something new. Listen to the lyrics of the #1 country song “Better Together” (written by Luke Combs, Daniel Isbell, and Randy Montana, recorded by Luke Combs). While it is a topic that has been addressed in many successful songs, the images and examples are startlingly original and uniquely detailed, propelling this hit above the pack.

Hip-hop smash, “WAP” (written by Cardi B, Megan Thee Stallion, James Foye, III, Austin Owens, Frank Rodriguez, and Jorden Thorpe, recorded by Cardi B, featuring Megan Thee Stallion), separates itself from the competition with unabashedly explicit lyrics. It commands attention with its opening line (sampled from Frank Ski’s 1992 club single, “Whores In This House”) and never lets go. “WAP” was 2020’s most searched lyric on Google, and one of the year’s most acclaimed songs.

Hit artists—and those who seek songs for them—need songs with catchy, hooky, can’t-get-it-out-of-your-brain melodies. When they say they are seeking something with a “fresh” melody, they are likely referring to songs that include elements such as exceptionally distinctive rhythms in the vocal melody and backing tracks, unexpected musical intervals, and unpredictable chord progressions.

The rhythms sung by Keith Urban and P!nk in the verses of “One Too Many” (written by Daniel Davidsen, Mich Hansen, Boy Matthews, Cleo Tighe, Peter Wallevik) make a huge contribution to this international country/pop crossover hit’s success. Additionally, the low note that accompanies the words “eyes of mine” in the first verse provides an excellent example of how an unexpected melodic interval can help to make a song sound special.

Listen to Dan & Shay’s “I Should Probably Go to Bed” (written by Dan Smyers, Shay Mooney, Sean Douglas, and Jason Evigan) and you will hear melody, chord changes, and instrumentation that go far beyond the elements typically associated with the country genre. The song sounded like nothing else on the radio and was a huge success with both country music and Adult Top 40 listeners.

Blend Genres and Use Unexpected Instrumentation

Ed Sheeran’s “Shape of You” (written by John McDaid, Kevin Briggs, Kandi Burruss, Tamika Cottle, Steve Mac, and Ed Sheeran) infused pop with dancehall and tropical house rhythms to become Spotify’s most streamed song, with more than 2.4 billion streams. It was named Billboard’s #1 Mainstream Top 40 chart for the 2010 decade and the ninth most successful song of all-time.

Doja Cat’s Record of the Year GRAMMY nominee “Say So” (written by Doja Cat, Lydia Asrat, and Dr. Luke) combines 1970s-style funk and disco with current pop sensibility. Its retro groove, which has been compared to Chic’s “Good Times” helped land this international smash at the top of five Billboard charts.

Regardless of our musical genre, we need to find compelling reasons to make music industry professionals believe our song has a better chance of elevating an artist’s career than any other song under consideration. It is not productive to point out successful songs that don’t seem like something “new” to us. If we want hit songs, we will have our very best shot if we incorporate concepts, lyrics, melodies, rhythms, chords, and production elements that will make music industry pros, recording artists, and fans think, “Wow, I’ve never heard it done that way before!”