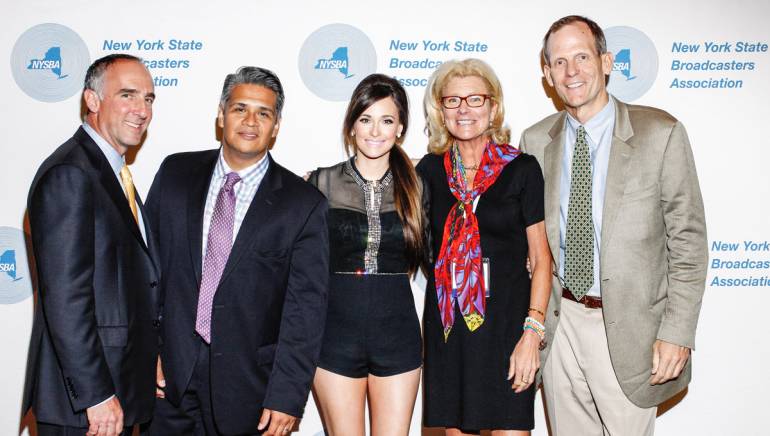 BMI recently (6/12) sponsored a special, intimate concert by two-time GRAMMY Award-winning country artist Kacey Musgraves at the New York State Broadcasters Association’s Excellence in Broadcasting Dinner held in conjunction with their Summer Conference at the Waldorf Astoria Hotel in New York City. She performed a number of hits from her debut album, Same Trailer, Different Park, such as “Follow Your Arrow” and the gold certified “Merry Go Round,” as well as songs from her upcoming project. Kacey is currently on tour with Willie Nelson and Alison Krauss. Later this summer she will join Katy Perry on her Prismatic World Tour. The New York State Broadcasters Association represents the interests of over 300 television and radio stations throughout the Empire State.