In order of appearance, the 2013 BMI Stage Lineup includes;

BMI’s involvement in this event underscores its vital role as an early career counselor and support system for aspiring songwriters and bands. As an initial point of contact for burgeoning artists, BMI serves as a fundamental bridge, connecting promising talent with industry decision-makers, as well as invaluable opportunities, including performance slots on stages at SXSW, the Austin City Limits Music Festival, Lollapalooza, the Hangout Music Festival, the Bonnaroo Music and Arts Festival and more. 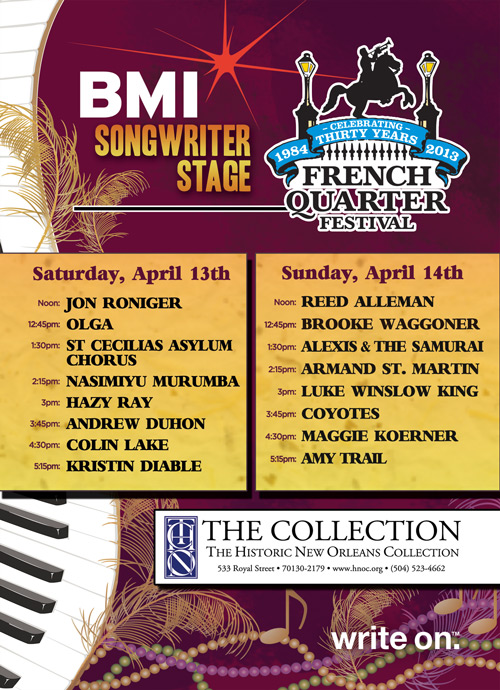