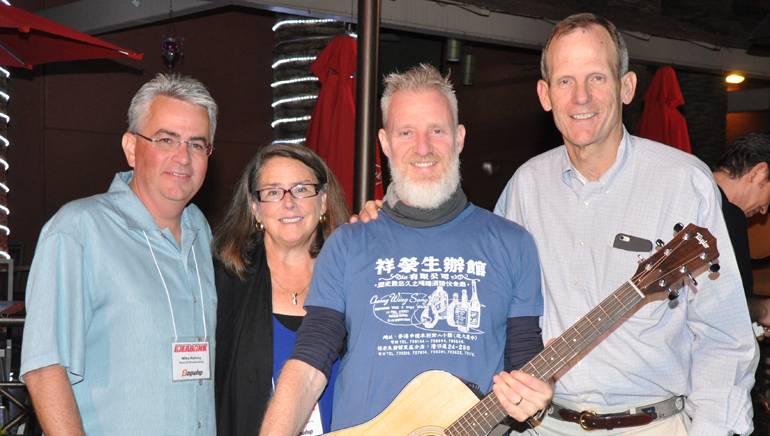 Spin Doctors front man Chris Barron was the featured guest at a very special “Storytellers Session” presented by BMI at the fall meeting of the International Idea Bank Conference held recently (10/5) at the Treasure Island Hotel and Casino in Las Vegas. Barron, whose GRAMMY-nominated band has sold more than 6 million albums, told the audience, comprised of radio owners and GMs, the stories behind some of the group’s biggest hits, such as “Little Miss Can’t Be Wrong” and “Two Princes.”

The International Broadcasters Idea Bank is a membership-driven organization of commercial radio broadcasting owners and managers. The purpose of the organization is to share knowledge and best-practices amongst its membership.