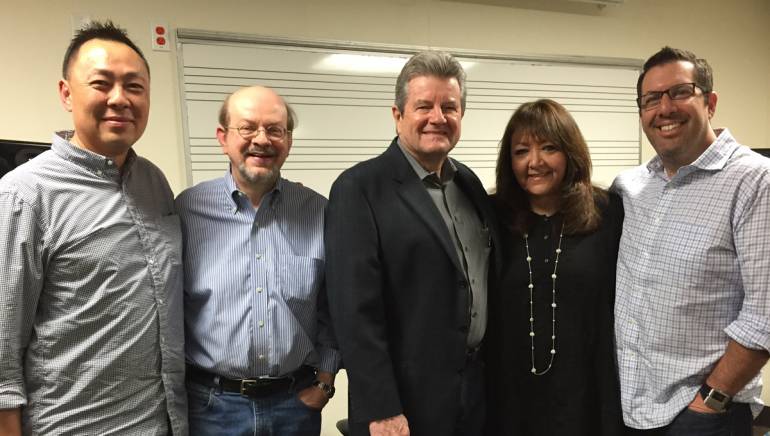 Again this year, BMI’s Vice President and Assistant Vice President of Film/TV Relations, Doreen Ringer-Ross and Ray Yee, along with BMI composer Christopher Lennertz, were guest speakers at the University of Southern California’s Scoring for Motion Picture and Television program, a one year master’s program for composers who want to learn to score for visual media. As an alumnus of the program who was signed to BMI by Ringer-Ross after meeting him in the program, Lennertz provided many first-hand insights on what it takes to compose for visual media, career development, how BMI plays a part throughout a composer’s career, and the various programs BMI has for aspiring composers. The class was led by USC’s Scoring for Motion Picture and Television Program Chair Dan Carlin and USC Adjunct Assistant Professor Jon Burlingame.