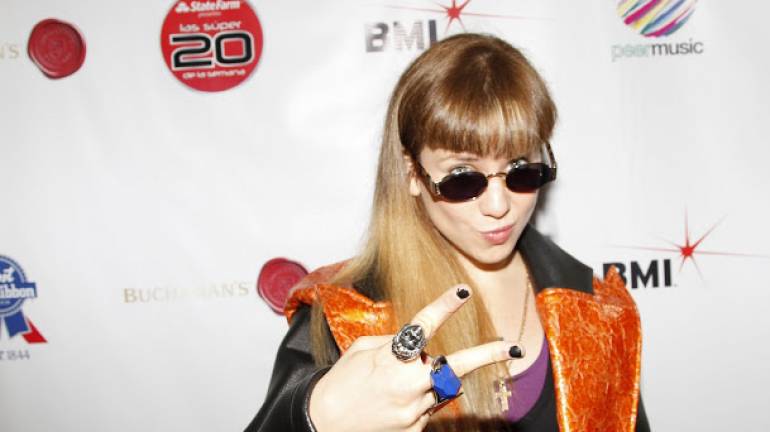 The annual Billboard Latin Music Conference, which takes place from April 22 to 25 in Miami, is officially underway. Kicking the week off in style on Monday night, BMI hosted a performance-packed showcase at The Stage venue in the Design District with Sony Music Latin and music publishing company Peermusic. Using the tagline “Three companies, two languages, and one culture,” the event commemorated the shared history of BMI, Sony Music Latin and Peermusic, dating back to when Peermusic founder and legendary music producer Ralph S. Peer worked at RCA (a division of Sony Music Entertainment) and supported the founding of BMI. That partnership, spanning 75 years, has led to the evolution of Latin music, as represented in the performances at Monday’s showcase.

The eclectic line-up of BMI artists included Fortuna La Super F, Kat Dahlia, Rio Roma, Niña Dioz and A Band of Bitches, with a special tribute performance to Tito Puente by Edwin Bonilla. Tostao of the Colombian hip-hop collective Chocquibtown served as the night’s master of ceremonies, keeping the crowd of industry insiders energized in between sets.

Follow @bmi on Twitter all week long for updates on the Billboard Latin Music Conference, and look out for the hashtag #BBLatin.