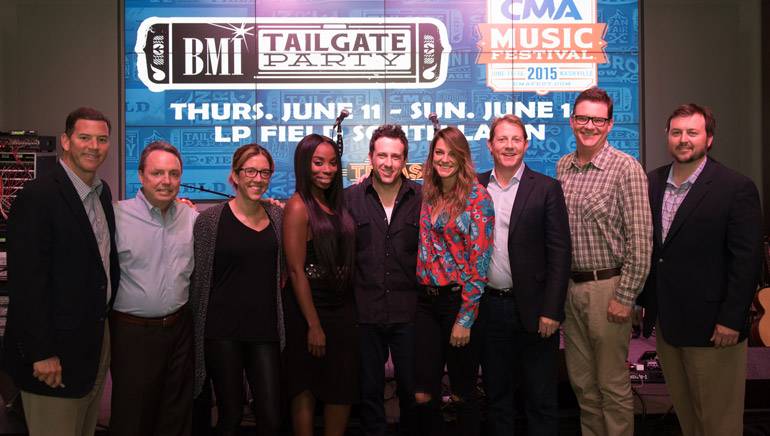 Broadcast Music, Inc.’s Nashville office turned into a party during the Company’s CMA Fest Tailgate Stage announcement event, held April 29 and hosted by Great American Country TV and radio show personality Storme Warren, who revealed the stacked lineup for the BMI stage. To be held June 11-14, the stage will feature four days of country music’s top acts alongside the hottest up-and-comers, including Rhett Akins, Charlie Worsham, Danielle Bradbery and more. Will Hoge and Muddy Magnolias, both set to perform at the festival, gave the attendees a small preview of what’s to come this summer, singing some of their latest singles for the crowd.