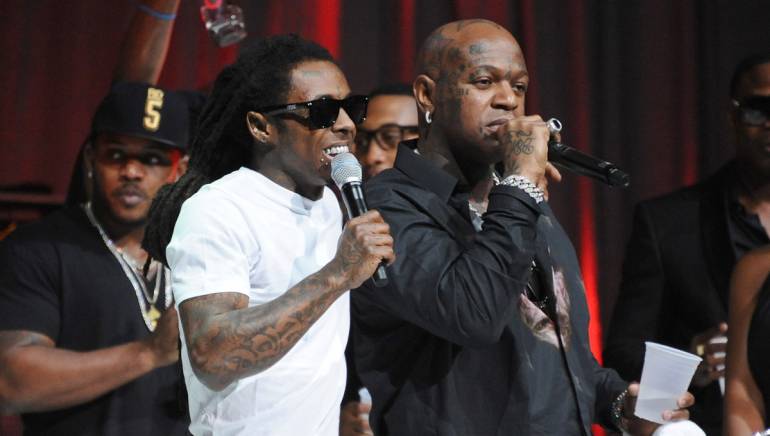 It was a blinged out night of celebration at last week’s 2013 BMI R&B/Hip-Hop Awards. So powerful seeing the fruit of the efforts of the BMI executives and staff materialize in this dynamically produced show. Highlighting the accomplishments of its leading songwriters and producers, BMI brought out the industry elite and gave accolades and honor to its awardees and this year’s Icons, Cash Money’s Ronald “Slim” Williams and Bryan “Birdman” Williams. And the red carpet was scorching hot! Everyone from MC Hammer to Doug E. Fresh, LA Reid to Future, Trina, Mario, Eva Marcille, DJ Khaled, Hit-Boy, Busta Rhymes, A$AP Ferg and Trinidad James walked the carpet on their way to salute Cash Money.

With its return to New York City, the show added to the list of great Hammerstein Ballroom moments. With tribute performances of some of Cash Money’s most popular hits by Busta Rhymes, Future, Curren$y, Kevin Rudolf, Trina, Mystikal, Ace Hood, DJ Khaled, Turk, Mannie Fresh and Juvenile, the night provided all kinds of “I wish that I could have this moment for life” experiences. One of the most spectacular and surprising of the night was the performance by Birdman, Lil Wayne and Mannie Fresh, who took the stage after Slim and Birdman accepted their Icon Award and performed “Still Fly” and “I Need a Hot Girl.”

When asked about why BMI chose to honor Cash Money, Catherine Brewton, Vice President, Writer/Publisher Relations, Atlanta, said, “Who’s a more legitimate brand than these guys? They have continued to make hits and defy time. For me, to have an opportunity to do it on my watch, this will forever be the highlight of my career.” After the show, Birdman said about the Awards, “When your time comes, it comes. We appreciate the honor because we do work hard. We worked hard from the start and we still go harder.”

“To have the reunion of Cash Money Records take place on the BMI R&B/Hip-Hop Awards stage was a moment that hip-hop fans from all around the world had been waiting on. I’m blessed, honored and extremely proud to have been a part of the team behind putting together this historic moment in hip-hop,” said BMI’s Byron Wright, Director, Writer/Publisher Relations, Atlanta. BMI’s Ian Holder, Director, Writer/Publisher Relations, New York, added, “The Cash Money tribute will now serve as a new milestone for the Hammerstein Ballroom. You had past and current Cash Money members on one stage! Not sure if that will ever be replicated again.”

There was also extreme hype around the Social Star Award. After a hard fought social media race where fans were encouraged to vote via Twitter for their favorite social star, the award went to Machine Gun Kelly (MGK). “Machine Gun Kelly showed us exactly why he was voted the 2013 Social Star. He performed with such energy that it got everyone buzzing by the end of the night. Some had no idea until now,” said BMI’s Holder, who was instrumental in putting together the Social Star Award contest.

BMI President and CEO, Del Bryant, summarized the night best: “Managed chaos, off the hook party and what a close.” We can’t wait to see what excitement and surprises the 2014 awards show will bring!