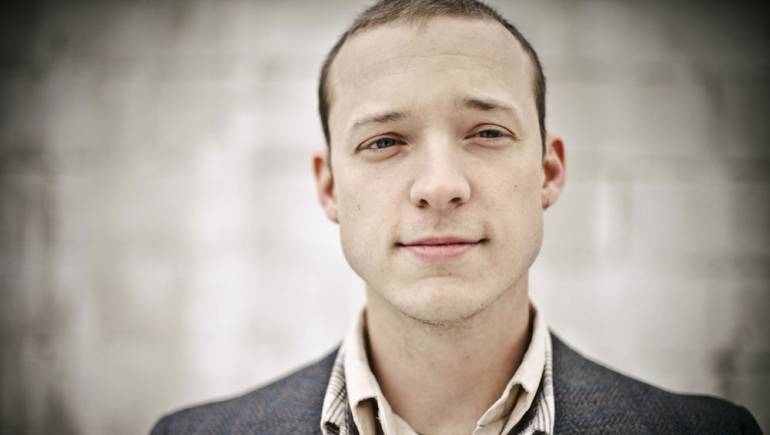 There is a plaintive stretch in the heart of Inclusions, the second solo album by Ben Sollee. Lush arcs of strings and vocals from “Embrace” give way to the swinging stroll of “Bible Belt,” a sparse marriage of heartfelt R&B with wisps of Dixie horns. Shining brightest in these moments are the singer-songwriter’s distinguishing virtues: a smooth, climbing voice and the adaptive stroke of his specialty, the cello.

Taking a break from work in the studio, Sollee describes his recent release as a move to “embody all the sounds of people, places and things that I’ve grown up with.” Musically, that’s a long list; raised a cellist in Lousiville, KY, Sollee has a distinct musical world, in which the works of Brahms and Bach shared equal footing with blues, folk, and fiddle music typified by groups like the Turtle Island String Quartet.

For Sollee, synthesizing these influences is only the beginning. “I think of the instrumentation and arrangements as having their own character and then the lyrics have to talk to them.” In many ways Inclusions charts the growth and comfort with which Sollee approaches that exchange.

Since his more socially charged 2008 debut, Learning to Bend, Sollee has become a father, collaborated on Dear Companion, an album suffused with Appalachian folk music to raise awareness on the tolls of mountaintop-removal coal mining, and toured extensively—by bicycle. Those bike tours began as missions of sustainability, but as Sollee explains, transitioned into lessons and bonds with the people and places passed over by conventional touring.

Which informs the ambition behind Inclusions: “I’ve become more of a humanist and less someone who deals with the political world,” he says. “It’s just wanting to convey something honest and personal in a universal way.” Accordingly, the album creates musical dialogue that’s evocative of the ties and interchange of a community; “I spent a lot of time figuring out how the cello and the drums talked to each other on this record,” Sollee admits, “I think that forms the backbone of the whole thing.”

That interaction is an engaging one in numbers like “Bible Belt” and “Hurting.” Yet the larger whole it frames, a fluid reconfiguration of sound and feeling across the album is what underlines Inclusions as a sophisticated realization of Sollee’s aim. “It’s not about sitting down with an instrument, writing a song and accompanying yourself; you’re thinking about the whole sound, texture and production quality, and how that character meshes with the words.”