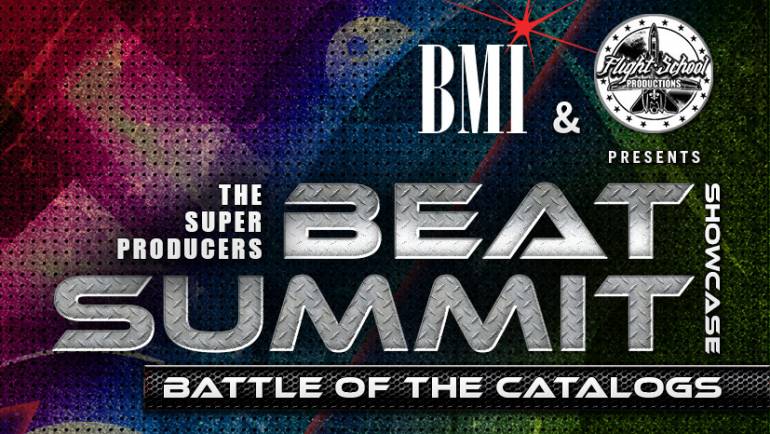 On Friday, March 20, at SXSW, BMI, in conjunction with Flight School, will present “The Beat Summit Showcase,” a battle between music catalogs, featuring some of the recording industry’s most eminent producers who have created some of the most influential hip-hop records. Slated to do battle are Mannie Fresh, Just Blaze, and DJ Toomp, with an opening set by Sonny Digital and special guest performers. The Summit will be held at The Belmont, 305 West 6th Street, Austin at 9PM. Don’t miss it! 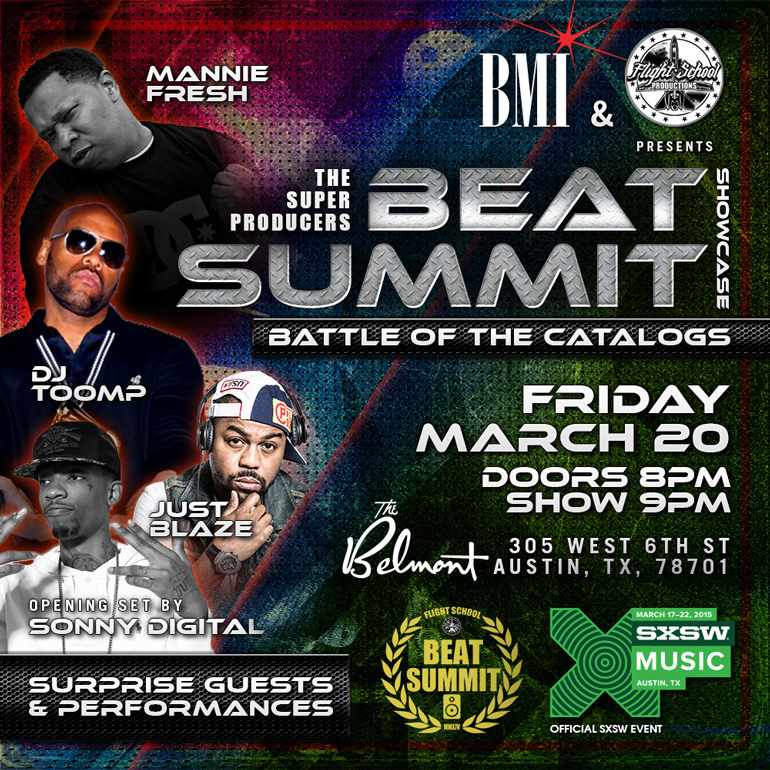