Posted in MusicWorld on September 19, 2018 by Jason Blume 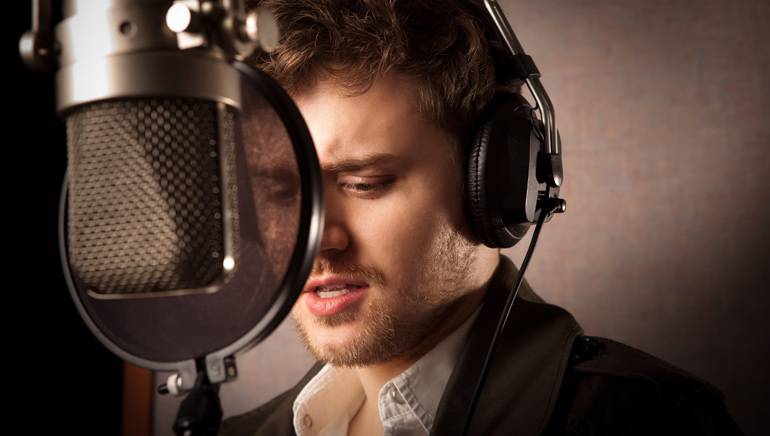 At the beginning of my career, I had a song go on hold for a female country music star whose singles regularly went to #1. The head of her record label said my song was a “must-cut” situation, and I was faced with a daunting decision: should I buy a Mercedes or a BMW. As the artist’s recording date approached, the head of A&R phoned my publisher to say my song had made the final cut and would be a “career single”—a song that would propel his artist to superstar status. I decided on the Mercedes—a convertible model.

While deciding if my soon-to-be new Benz should be silver or gold, a nagging little voice whispered in the back of my brain. “Psst,” It said. “She will never be able to sing that song.”

This artist was a fantastic singer with an instantly identifiable sound, but she was not known for having an extensive vocal range. Her hits had never required her to sing more than an octave and a half; in fact, several of her songs were comprised of even fewer notes—and my song demanded a range of two octaves and a whole step. Compounding the problem was the fact that the highest and lowest notes were critical to the melody and emotion of the song. The singer would need to be able to hit and hold those notes in her chest voice.

How had I failed to notice I was writing such a demanding melody? When writing the song, I had slipped into my falsetto and hadn’t checked to see how much range was required. The demo singer I hired had an incredible voice and nailed those notes effortlessly. But when the record producer and artist attempted to determine a key, no matter what key they tried, the low notes were too low or the high notes were too high. The producer said that even if they had used some “tricks” and the artist had been able to nail it in the studio, she wouldn’t be able to sing it night after night on stage. The song was scrapped and I was stuck driving my dented, rusty old Honda. I was beyond devastated, but I learned a powerful lesson.

Before I go further, I’ll clarify that a vocalist’s range can be defined as the span from the lowest to the highest note he or she can sing.

Of course, when singers write or co-write their own material they can easily assess whether they can comfortably sing the lowest and highest notes. They can also write songs that display the strongest elements in their voice, for example, their sultry, smoky low-tones; their falsetto; or their impressive high notes.

Songwriters who are not strong vocalists and are writing songs intended for artists other than themselves, need to be aware of a common pitfall: writing vocal melodies that include only notes the writer can comfortably sing. By failing to include higher and/or lower notes they might not be writing the most compelling melody—or one that showcases a singer’s ability.

The solution is to write the strongest melodies that a professional vocalist would likely to be able to sing, regardless of whether the writer can personally sing all the notes. When it is time to make a rough recording for a demo singer to learn the song, the notes that are out of the writer’s range can be played on a musical instrument or sung an octave lower, with an explanation that the note will be sung an octave higher.

Even if we know who we are writing for, in many instances, songs written with a specific artist in mind wind up being recorded by a different artist. For example, after landing multiple cuts with the Backstreet Boys, my co-writer Andrew Fromm and I wrote the song, “Why Don’t You Kiss Her” targeted specifically for the band. But after the Backstreet Boys passed on the song it was recorded by Jesse McCartney, selling more than 2 million copies and being included in Disney’s Kim Possible TV show.

In many cases, a song is written without any specific act in mind. It might be pitched to twenty, thirty, or even more artists on its way to finding a home. So … we have to choose a range prior to knowing who will record the song. We need to make some assumptions about how many notes a professional singer will be able to sing. Some general guidelines follow, but there are no hard and fast rules. In addition to there being variations between individual singers, the number of notes we can safely assume a vocalist will be comfortable singing varies by gender and genre.

According to Lis Lewis (voice teacher, author, and performance coach whose clients have included Rihanna, Britney Spears, Miguel, Courtney Love, Demi Lovato, Jack Black, All American Rejects, Colbie Caillat, and many more), “Most male singers, no matter what genre, have less range than female singers, with some exceptions. Typically, male country singers sing in a lower range than male pop, rock or R&B singers. I think a comfortable range for men would be an octave and a half unless they are singing R&B. R&B singers are expected to sing higher and have larger ranges than their counterparts in other styles. So, for a male R&B singer, figure two or two-and-a-half octaves (including head voice or falsetto) and for female R&B singers count on two-and-a-half to three octaves. Some singers make range their calling card, while others make their tone or specific style their most important element vocally.”

Renee Grant-Williams (who has worked with artists including Garth Brooks, Christina Aguilera, Jason Aldean, Tim McGraw, Keith Urban, Carrie Underwood, Kenny Chesney and countless others) expressed the importance of differentiating between a singer’s range and their tessitura. While “range” refers to the lowest notes and the highest notes a singer can produce, “tessitura” denotes the area within a song where the majority of notes fall. While a singer will indeed need to be able to hit the lowest and highest notes within a song, in some instances these notes occur only once or twice within the song and might only require the singer to hit them quickly. Whether a singer sounds great on a song will largely be determined by where the bulk of the notes fall within the singer’s range. Whether writing songs for yourself or for others it’s important to have a good portion of the song fall into that “sweet spot” that shows off the artist’s best vocal tones.

According to Grant-Williams, “The average country singer has a tessitura (general range) of about an octave. Pop, rock, gospel and opera singers are usually able to stretch a few notes beyond two octaves.” She added, “Singers tend to obsess about high notes, but if you want your songs to appeal to lots of singers, concentrate on the mid-range that almost everyone can reach. If you want to get your songs recorded don’t make it so difficult for singers’ skills, which can vary greatly. Writers would do well to stay as close to the middle as possible.” An example of this is the distance between a Bb and the Eb an octave above it, which is the range heard in Luke Bryan’s country hit “Most People Are Good” (written by David Frasier, Ed Hill and Josh Kear)

Blake Shelton’s “I Lived It” (written by Rhett Akins, Ross Copperman, Ashley Gorley and Ben Hayslip) has a range of an octave and one whole step—from a Bb to a C the octave above it.

Artists who have exceptionally wide ranges tend to record songs that allow them to showcase that element. The first time I heard Celine Dion’s high F# in the third chorus of her hit “Taking Chances” (written by Kara DioGuardi and Dave Stewart) it practically took my breath away. The song encompasses two full octaves, from an F3 to the F3 two octaves above. I had a similar reaction when I heard Carrie Underwood’s “Cry Pretty” (written by Carrie Underwood, Liz Rose, Lori McKenna and Hillary Lindsey) which goes from a D# to the D# two octaves above. That unexpected note that sets the song and singer above the competition is sometimes referred to as the “money note.”

But a wide range is certainly not mandatory for a song to be a huge hit. With seven weeks atop Billboard’s Hot 100, Taylor Swift’s “Blank Space” (written by Swift with Max Martin and Shellback) is her biggest hit to date, yet it spans only an octave and one-and-a-half steps—from an A to a C an octave above.

Hit songs with less than typical ranges often rely on catchy rhythms to create memorable melodies that hook their audiences.

If you have written a song that requires a wider range than most singers can comfortably sing, you might create an alternate version that is less vocally demanding. By recording demos of both versions, you can pitch the one most appropriate for the vocal range of the artists you are targeting.

Typically, a song’s lowest note is found in the verse and its highest note is in the chorus. In many cases we can raise the lowest note without weakening the melody. More often, the high note is critical to the melody. But there are no rules about this, and in one instance, the most effective way for me to “derange” a song was to replace the highest note.

Both men and women can produce falsetto tones, but they are more often associated with male singers because there is more of a pronounced difference between the chest voice (also known as the modal voice—the register typically used in singing and speech) and falsetto in men than in women. Some experts consider falsetto as typically higher and thinner sounding than head voice, which blends the chest tones with higher pitches. Others do not differentiate between falsetto and chest voice.

A classic example of falsetto singing can be heard in The Four Seasons’ #1 hit “Rag Doll” (written by Bob Gaudio and Bob Crewe). A recent song that beautifully showcases the artist’s falsetto is Charlie Puth’s “Patient” (written by Puth, Kasher, Benjamin Johnson and Fraser Churchill). Including the notes delivered in falsetto, the range goes from a C# to the Bb, 1-1/2 steps less than two octaves above.

If you are a recording artist writing songs for yourself, be sure your melodies showcase the unique elements in your voice. If you are writing for other artists, to maximize your chance of getting songs recorded, write melodies that a wide variety of artists will likely be able to sing, but also explore those unexpected high or low notes that might be the reason an artist chooses your song over the competition.