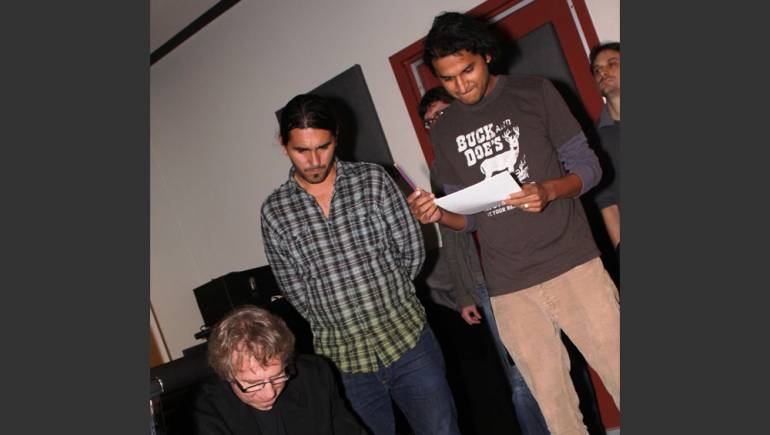 Applications are now being accepted for the annual Composing for the Screen course. Sponsored by BMI and directed by composer Rick Baitz, this New York City-based program selects a small number of emerging film composers and provides a series of workshops, followed by year-round continued consultation and development.

This is an opportunity for nine emerging film composers to participate in a high-level workshop, where film music will be examined from many perspectives: historical, psychological, dramatic, stylistic – and more.

Using the facilities of the BMI Media Room, participants will explore a wide range of film excerpts – composing, recording, and sharing work in a supportive environment.  For their final project, each student will compose a cue to a well-known film, which will then be recorded by top-notch New York studio musicians. Students will leave the workshop with greater confidence in their own voices as film composers, a strong cue for their reel, an increased understanding of the business of film music and greater sensitivity to the art of composing for the screen.

During the year following the workshop, regular meetings will be held with the group, to share work and discuss students’ development as film composers.

The program will be open to the emerging film composer who has some experience in film and wants to learn more about it.  Free to accepted participants, it will be limited to nine students.

Qualifications: Experience and credits as a composer; ability to read music; some experience composing for film preferred.  Applicant should have access to professional music production equipment, such as a computer, with composing software (such as Logic, Digital Performer or ProTools) and notation software (such as Sibelius or Finale); ability to create MIDI or hybrid scores.

All inquires should be addressed to Rick Baitz at filmmusic@rickbaitz.com.

Applications must be received by Monday, August 29.