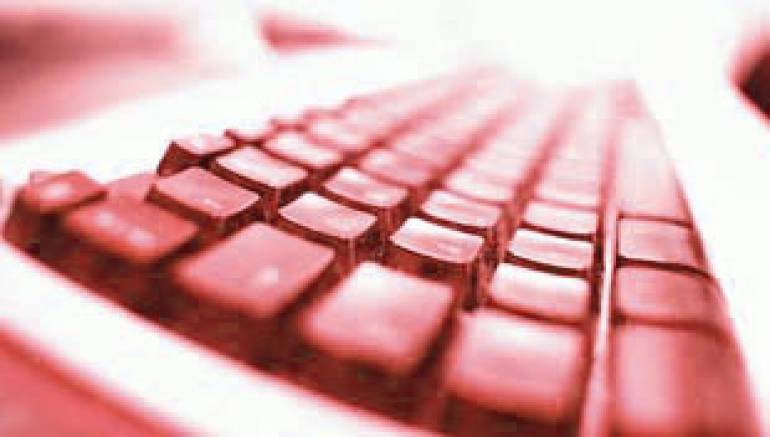 An entry-level software package and a run-of-the-mill sound card might be good enough to make a no-frills demo. But what if you’d like your computer system to have the kind of features found on a decent standalone recorder - things like real working faders and enough inputs and outputs to handle a roomful of players?

If that’s the case, it’s time to dig a little deeper into your wallet and spring for a few suitable accessories.

Rather than settle for your computer’s limited input capability, start with a dedicated audio interface. A typical upgrade might include a simple two-input, two-output audio card such as the E-MU 0404 PCI Digital Audio Recording System (around $100); or, for extra versatility, you could try something like the M-Audio Delta 1010LT PCI Digital Audio System, which gives you a full 10 inputs/outputs with mic pre-amps ($250). “There are dozens of other good choices out there as well, including those made by Digidesign, MOTU, TASCAM, and Yamaha.” says Emile Menasché, author of How to Do Everything with GarageBand (Osborne/McGraw-Hill). “The key is to buy gear that you’re comfortable with, and that won’t get in your way once the inspiration strikes.”

Because mousing and mixing isn’t everyone’s idea of a good time, one very worthwhile accessory is a standalone control surface, which allows you to operate your software like a traditional audio mixer. For the budget-minded, Behringer’s BCF2000 MIDI Controller with Faders gives you manual access to all virtual functions found in Cubase, Cakewalk, Logic and other audio software for only around $200; makers like Digidesign and Tascam deliver top-shelf functionality in the $800-$1200 range.

Of course, all the gadgetry in the world won’t matter much if you don’t start with a computer system that’s sturdy enough to meet your needs. “System requirements are a funny thing,” says Menasch�. “Manufacturers are always a little optimistic when they tell you about ‘minimum’ and ‘recommended’ systems. I’d look at the ‘recommended’ requirement as a minimum, and the advertised minimum as barely viable at best. For Mac users, a G4 is pretty much a must; G5’s have a reputation for delivering even better performance. On the PC side, you’re looking at Pentium IV or the AMD equivalent, or better. CPU speed isn’t as important as RAM and disc speed, unless you plan to run a lot of software instruments or effects plug-ins, which do tend to tax the CPU.”

Because recording software is memory-intensive, stocking up on extra D-RAM is highly recommended - and, given the low price of most memory modules, won’t set you back a bundle. Consider 512 MB a good place to start; 1 GB or even higher is better. “Fast hard drives are also important,” adds Menasch�. “Most pros like to use a separate drive for audio; if you go that route, get the lowest seek time you can find, and look for a rotation speed of at least 7200 RPM. The way that the drive connects to your computer is also important. USB 1 external drives are not recommended for multitrack audio; FireWire (400 or 800) and USB 2 are much faster.”

One of the real advantages to computer recording is the ability to check out free versions of software before you buy. Websites like Versiontracker (http://www.versiontracker.com) and Hitsquad (http://www.SharewareMusicMachine.com) offer frequently updated lists of music software and manufacturer websites, where you can download demos to see which products best suit your particular needs. “Unlike most of the business world, music and audio software isn’t controlled by one leading company,” says Menasch�, “so there’s still room for individual personalities to shine through.”