Posted in MusicWorld on September 22, 2014 by Jason Blume 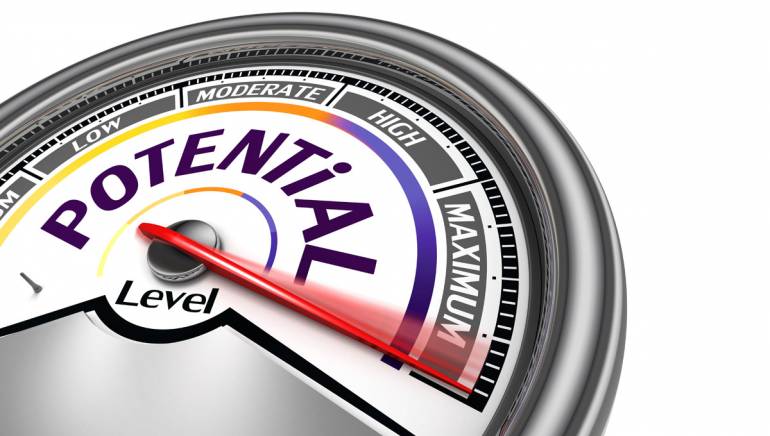 I recently hosted one of my monthly BMI Nashville Songwriter Workshops, where each of the 50 attendees had an opportunity to pitch one song to a successful publisher. Typically, at these workshops, with few exceptions, every song played was perfectly crafted. The writers have mastered the use of current song structures; the lyrics made sense and were well written; rhymes were where my ear expected them to be; and the melodies worked well with the chords—avoiding any dissonance. Yet the publisher took copies of only five songs—10 percent of those that were pitched.

It was a good reminder that “perfectly crafted” is a starting point, but it isn’t enough. In order to rise above the competition, our songs need to go beyond the expected, pushing the creative envelope and differentiating themselves from the hundreds—if not thousands—of other well-written songs that are all vying for a coveted slot on a major label artist’s recording.

A publisher once told me that when he plays songs at meetings with record label executives, he needs his songs to “slap them out of their A&R trance.” The same holds true when pitching songs to record producers and recording artists. The publisher went on to explain that these industry pros are bombarded with songs—mostly written by published songwriters with track records—so all of the songs under consideration are good, but only those songs with that extra something jump out of the pile and demand attention.

Similarly, writers who play their songs for publishers, in the hope of securing a publishing deal, need to take into account that the publisher probably already has an extensive catalog of songs, and possibly staff writers, for which he or she is responsible. There should be compelling reasons for a publisher to choose your song over the competition—elements that instantly announce that your song is unique and exceptional and that it is destined to become a smash hit that will elevate an artist’s career to the next level.

Imagine that every song needs to score a minimum of 100 points to become a hit. Some of those points will typically be earned by the lyric, some will be awarded because of the melody, while others might come from the musical backing track.

So… what elements can you add to your songs to provide those extra points that compel artists, publishers and record label executives to choose your songs over the competition and carry them to the top of the charts? The more components we include, the more points we rack up and the better chance for success. Let’s look at some ways to separate songs from the pack—and transform them from good to wow!

Include Unique Melodic Elements and Unexpected Melodic Intervals
A memorable melody is essential—but only those melodies that feel fresh and original will rise above the competition. There are several ways to ensure your melodies grab attention. The tools described below can take a song to the next level.

Listen to the intervals used in Kris Kristofferson’s classic, “Help Me Make it Through the Night.” The note choices in the first line are anything but predictable. Similarly, listen to Neil’s Young’s “The Needle and the Damage Done,” and note the unexpected note and chord choices. A more contemporary example is Pink’s hit “Try” (written by Busbee and Ben West), which incorporates unexpected melodic intervals that allow the artist to soar vocally, matching the intense emotion of the lyric.

Stock melodies won’t contribute to a listener choosing your song over the competition.

Add Instrumental Hooks
By adding instrumental hooks—catchy instrumental melodic phrases—you give your listeners another reason to latch on to and connect with your song. For example, the distinctive tenor saxophone line sampled from Balkan Beat Box’s “Hermetico” provides some of the most memorable moments in Jason Derulo’s smash hit “Talk Dirty.”

It accomplishes this both by incorporating an instantly recognizable lick—and introducing a sound that’s fresh, attention grabbing, and not typically heard in hip-hop. The baritone sax part heard in the verses contributes yet another special element. Similarly, the catchy tenor sax line woven through Macklemore and Ryan Lewis’ “Thrift Shop” was one of the most distinctive elements of that number one hit.

I’m not implying that using saxophones is the magic bullet. Hit songs have included instrumental melodic hooks that were played on keyboards, banjos, electric and acoustic guitars, accordions, fiddle, bass guitar, harmonica and countless other instruments. It’s interesting to note that in Phillip Phillips’ “Home,” the added melodic hook that helped propel this song to the top of the charts was performed by a combination of instruments and vocals—without lyrics.

Including unique, memorable instrumental motifs, and instruments and/or sounds that go beyond the expected can take your songs to the next level.

Incorporate Fresh Rhythms
There has been a recent trend of infusing hip-hop rhythms into contemporary country songs. This can be found in hits such as Blake Shelton’s “Boys Round Here” (featuring Pistol Annies), Florida Georgia Line’s “Cruise,” and Luke Bryan’s “That’s My Kinda Night.”

Regardless of musical genre, one of the most effective ways to separate your songs from the pack is to craft melodies that give the vocalists interesting rhythms to sing. This is often accomplished by incorporating syncopation.

There are countless examples of hits that use this technique. Some exceptional ones to study include Taylor Swift’s “We Are Never Getting Back Together,” Katy Perry’s “Teenage Dream,” Miranda Lambert’s “Mama’s Broken Heart,” Eli Young Band’s “Drunk Last Night” and Lorde’s “Royals.”

Melodies that go beyond stock, predictable rhythms differentiate themselves from the competition.

A Fresh Lyric Concept and Title
It’s obvious that building your song on the foundation of a strong lyric concept—an idea that millions of listeners can relate to—is important. But to elevate your song from good to exceptional, explore a new angle in your lyric, a fresh approach or a novel way to express your concept. This can be done in both the title and the individual lines of lyric.

Notice how intriguing the titles and corresponding concepts are in classic songs such as “Billy Jean,” “Hotel California,” “Georgia On My Mind,” “Stairway to Heaven,” “Bridge Over Troubled Waters,” “Walkin’ After Midnight,” “Take This Job and Shove It” and “Proud Mary.” There are also countless examples of contemporary hits that have unique titles and lyric angles, such as “Roar,” “I Hope You Dance,” “(What Doesn’t Kill You Makes You) Stronger,” “From a Distance,” “Alien,” “I Kissed a Girl,” “The House That Built Me” and “I Drive Your Truck.”

At the time I wrote this article, seven of the top 10 songs on Billboard’s Hot 100 chart had one-word titles, demonstrating their popularity. Hits with one-word titles have included: “Problem,” “Rude,” “Fancy,” “Cruise,” “Crazy,” “Wanted,” Stay” and “Domino.”

Macklemore and Ryan Lewis’ GRAMMY-nominated hit “Same Love” blazed new territory with a lyric that tackled the topic of same-sex love and marriage. It’s interesting to note that the chorus of that song is sung from the first-person perspective. By avoiding “preaching” to the listeners, and not telling them what they should think or feel, the song evoked emotion by allowing its audience to empathize with the singer.

If you were a recording artist seeking material, would you choose a title and concept as interesting as one of those listed above—or a more mundane idea such as “Oh, Baby I Love You,” “You’re the One I Need,” “I Miss You”? A great title and an equally strong concept can be the ticket to take your song to the top of the charts.

Incorporating Nonsense Syllables/Non-Lyric Vocal Hooks
A publisher at one of my workshops told the attendees, “When you add a ‘na-na-na,’ an ‘oh, oh, oh,’ ‘hey, hey, hey,’ or some other sounds the audience can sing along with, you increase your song’s chances of being recorded ten-thousand-fold.” I’m guessing it might not help quite to that extent, but his point is an important one.

The use of non-lyric vocal hooks is not limited to any specific genres, and exceptional examples of these can be heard in Lady Antebellum’s “Compass,” Beyoncé’s “Single Ladies (Put a Ring On It),” Britney’s “Till the World Ends,” Feist’s “1-2-3-4” and Keith Urban’s “Long Hot Summer.” While it won’t be right for every song, this tool is an important one that can help sear your song into listeners’ brains.

In summation, if you don’t give an artist, an A&R executive, record producer, music publisher—or your listeners—a compelling reason to choose your song over the competition—they won’t. Think outside the box and give your songs those extra points that can turn them from good songs to hit songs!

Jason Blume’s songs are on three Grammy-nominated albums and have sold more than 50,000,000 copies. One of only a few writers to ever have singles on the pop, country, and R&B charts, all at the same time–his songs have been recorded by artists including Britney Spears, the Backstreet Boys, the Gipsy Kings, Jesse McCartney, and country stars including Collin Raye (6 cuts), the Oak Ridge Boys, Steve Azar, and John Berry (“Change My Mind,” a top 5 single that earned a BMI “Million-Aire” Award for garnering more than one million airplays). In the past year he’s had three top-10 singles and a “Gold” record in Europe by Dutch star, BYentl, including a #1 on the Dutch R&B iTunes chart.