Posted in MusicWorld on February 11, 2011 by James Wells 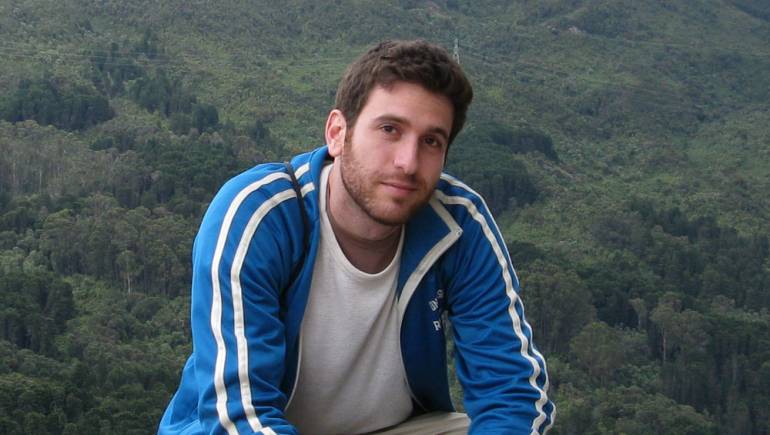 The direction of Daniel Israel’s career is decidedly more clear than that of the characters in his new musical, who bounce from parking lot to parking lot following the eccentric orbit of the brightest star in their universe, the jam band Liquid Brick. The musical, which goes by the working title “The Dirty Hippie Jam Band Project,” is the beautiful love child of Israel’s collaboration with Pheobe Kreutz, with whom he was happily paired at BMI’s prestigious Lehman Engel Musical Theatre workshop. The musical deliberately eschews featuring the music of Liquid Brick, which one character describes as “the sound of Jesus having an orgasm,” so that it may focus intently on the dreams and relationships of a select group of the band’s devotees.

Keeping the actual band in the background and at a distance from the characters underscores those characters’ idealism and their near spiritual veneration of the band. Musically, it enables Israel to let the “music come from the individual more than from a genre rock score.” Thus, he composes so as to “distinguish [among] the musical voices of characters.”  The “uptight” Julie has a “rigid music style,” more characteristic of “classic music theater.” Pops, who has come to Liquid Brick after following the Dead, Phish, and Dave Matthews (“It was a dark time”) is “Bob Seegeresque.”

The show depicts the struggles these characters face when they come together. On the surface everything is placid. “They’re playing hacky sack; they’re smoking weed,” Israel says. But beneath, the waters roil. “They’ve all run away from something,” and while one of the production’s songs “Testify” proclaims Liquid Brick a panacea, they will need to look deeper to experience real growth, even if means they must, to quote another song, “let go of letting go.” They find that depth in the community that has formed in their presence even while their sight was focused elsewhere. As Israel puts it, “Liquid Brick has brought them together, but they stay for the community.”

The show is currently undergoing revisions. Israel and the show’s other creators hope to have it up in a regional theatre this year, all the while setting their own sights on Broadway. In the meantime, Israel is feverously working with another creative team on a musical about obesity and wellness. The piece was commissioned by the George Street Playhouse Touring Theatre and is being produced in conjunction with the New Jersey Department of Health and Human services.

At this pace, it’s merely a matter of time before Israel will be dealing with his own bands of devotees.