Posted in MusicWorld on December 30, 2009 by Dan Kimpel 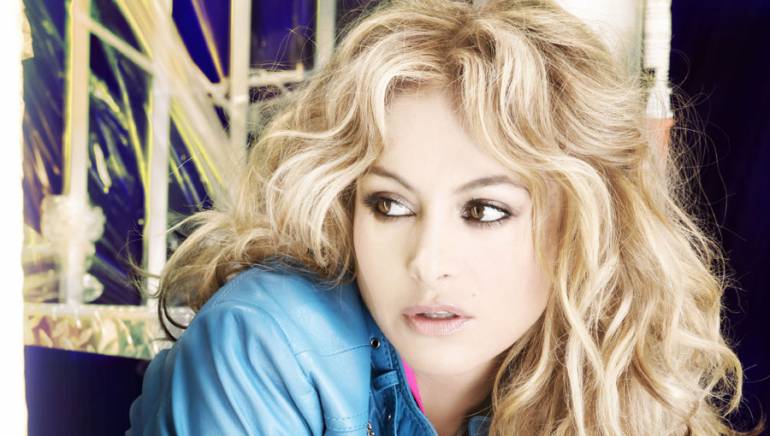 As an icon who has sold over 20 million albums, Paulina Rubio — reverentially known as “La Chica Dorada” — is adored by fans worldwide. A decidedly cosmopolitan artist, Rubio, who grew up in Spain, Mexico and Los Angeles, envisioned her ninth studio album, Gran City Pop, as an imaginary metropolis to mirror her experiences in the shimmering urban landscapes where anything is possible: Mexico City, Miami and Madrid, locales where the album was written and recorded. “Causa y Efecto,” the first single, proved the point in Latin America, Spain, and the U.S., where it hit #1 on Billboard’s Hot Latin Tracks.

To realize her vision, Rubio called upon a select list of co-writers and producers, including Estéfano, Chris Rodríguez, Cachorro López, Lester Méndez and Coti. In keeping with the urban theme, the sonic scope of the songs and the production is vast and varied, leading off with “Causa y Efecto,” a big-beat pop theme with Rubio’s effervescent vocals bubbling through the tracks. There are the requisite dance tracks, reflective acoustic sounds, and even a forward reaching ranchero/hip-hop hybrid, “Ni Rosas Ni Juguetes.” What holds these disparate themes together is the unity of Rubio’s distinctive vocals and the sheer wattage of her star power. And Rubio is much more than just a pop star. As a songwriter, she co-wrote six of the CD’s tracks: “La Danza del Escorpión,” “Enséñame,” “Melodía de tu Alma,” “Más Que Amigo,” “Algo de Ti” and “A Contraluz.”

A world famous celebrity whose tantalizing images from a seaside vacation in Ibiza can ignite bloggers worldwide, Rubio maintains her sense of innocence with her songs. “I try to be a chameleon and reinvent myself,” Rubio says, “but at the same time I remain very loyal to my music, my rancheras and boleros.” With her larger-than-life persona, worldwide recognition and mainstream success, Rubio continues to rule the vast, ever-expanding domain of Latin pop.