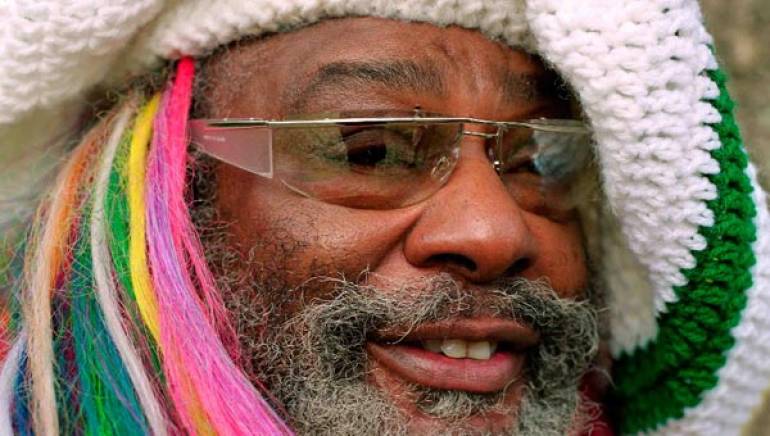 The Icon designation is given to BMI songwriters and artists who have had “a unique and indelible influence on generations of music makers.” George Clinton will be saluted with an all-star musical tribute during the ceremony, and join an elite group that includes The Jacksons, James Brown, Isaac Hayes, Little Richard, Chuck Berry, The Bee Gees, Willie Nelson and Carlos Santana, to name a few.

As influential as he is unique, George Clinton is the principal architect of p-funk. A musical genre built on Clinton’s experimental sounds and thunderously prominent bass lines, p-funk revolutionized the entire musical world. Fluent in a range of styles including 50’s doo-wop, deep soul and psychedelic rock, Clinton helped build the foundations of today’s hip-hop, rap and rock. As a songwriter, Clinton’s ingenuity has been no less impressive: His recordings of the self-penned “(I Wanna) Testify,” “Atomic Dog,” “One Nation Under a Groove,” “Tear the Roof Off the Sucker (Give Up the Funk),” “Flashlight,” “Aqua Boogie” and so many more revel in tongue-in-cheek wordplay and infectious grooves. As a solo artist or with his ace bands Parliament, Funkadelic and the P. Funk All-Stars, Clinton has released acclaimed studio and live albums. His work has resurfaced in hit-making hooks for songs by contemporary hip-hop royalty including OutKast, Dr. Dre, LL Cool J, Snoop Dogg, Public Enemy, Missy Elliot and Busta Rhymes, while he has enjoyed original collaborations with trendsetters including Ice Cube, Digital Underground and Redman. Rock titans the Red Hot Chili Peppers called on Clinton to produce their groove-laced album Freaky Styley. His songs have also been featured in a staggeringly diverse collection of more than 1,000 television programs and films including Entourage, Bruce Almighty, Menace II Society, Arrested Development, Wild Wild West, Bad Boys, Lords of Dogtown, The Fresh Prince of Bel-Air, The Cosby Show, My Name is Earl, Friday Night Lights, The Simpsons, and countless MTV network series including Cribs, Punk’d, and The Real World. In 1997, George Clinton and Parliament/Funkadelic became members of the Rock and Roll Hall of Fame, claimed a spot on the Hollywood Rock Walk and garnered the prestigious Lifetime Achievement Award from the NAACP Image Awards.

In addition to recognizing the year’s top urban songs, BMI will crown the Urban Songwriter, Song and Publisher of the Year.