Posted in MusicWorld on December 24, 2007 by Bruce Britt 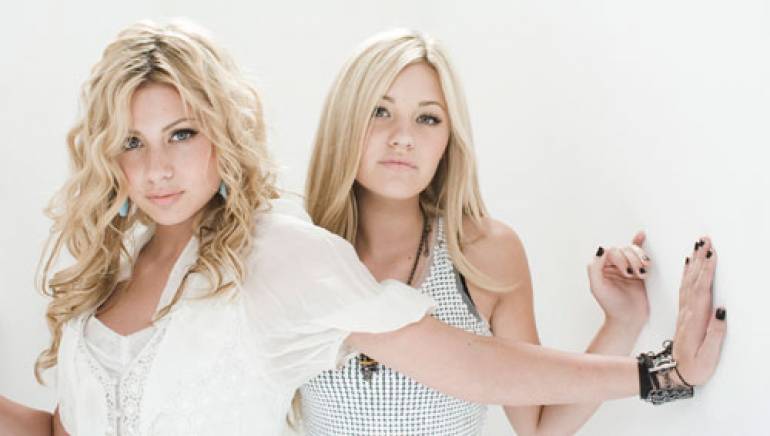 In 2006, Blender magazine, America’s self-proclaimed “ultimate guide to music,” published a profile of the Disney singer/songwriter duo Aly & AJ. Blender is renowned for poking good-natured fun at pop stars, yet try as it might to cloak its Aly & AJ piece in fashionable cynicism, the magazine couldn’t conceal its respect for the sibling popsters.

Hailing from the same suburban Los Angeles enclave that birthed Linkin Park, Hoobastank and Incubus, Alyson (“Aly”) and Amanda Joy (“AJ”) Michalka compose and perform energetic pop songs with just a hint of sneering attitude. In a span of just two years, the duo has released three well-received albums, while their songs and performances have appeared in Disney films like Ice Princess and Herbie: Fully Loaded.

Though Aly & AJ’s 2006 debut album, Into The Rush, sold over a million copies with little support from radio, it remained to be seen if the duo could extend their hitmaking momentum into 2007. All doubts were dispelled when their sophomore album, Imsomniatic, debuted at #15 on the Billboard Top 200 chart. The first release from the album, “Potential Break Up Song,” is Aly & AJ’s highest charting single, reaching #23 on the Billboard Hot 100 chart and winning gold certification from the RIAA.

While Aly & AJ loom large on the global pop scene, the guitar-strumming duo has also won kudos for composing songs that subtly yet effectively evince their faith, as evidenced by their single “Never Far Behind,” which went to #1 on the Radio & Records Christian CHR chart. In 2006, the duo was nominated for Contemporary Inspirational Artist of the Year at the American Music Awards.

Aly & AJ are co-chairpersons for the Children’s Advisory Board of the AmberWatch Foundation. The duo’s leadership role within the revered child safety organization reveals the deep-rooted concern and respect Aly & AJ have for their young fans.