Posted in MusicWorld on March 9, 2005 by Kevin Zimmerman 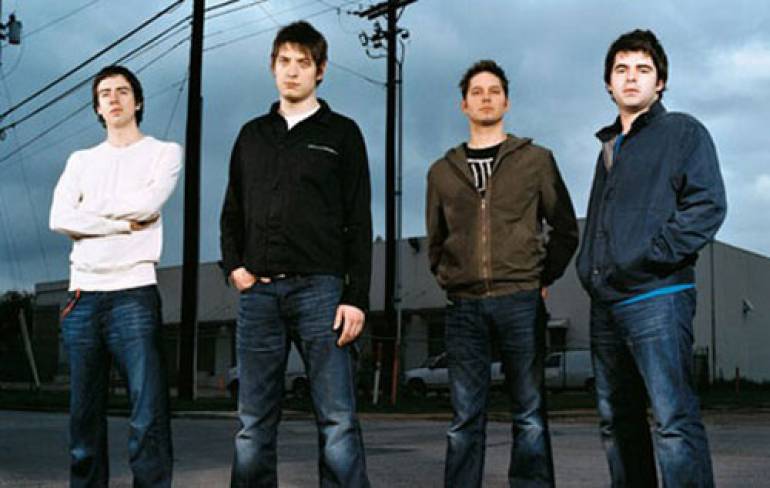 Flirting with "next big thing" status in its native U.K., Snow Patrol has also been gathering steam on this side of the pond with its third album, Final Straw (Universal), and its gorgeously yearning single "Run."

But while the melancholy balladry of "Run" has yielded favorable comparisons to Coldplay and the introspective side of U2, there's much more to Snow Patrol's music. Even on 1998's debut album Songs for Polar Bears (Jeepster), the group evinced an impressively eclectic batch of influences.

"Basically our favorite bands were poured into it," states singer/songwriter/guitarist Gary Lightbody. "At the time we were under the influence of American rock — the Pixies, Dinosaur Jr., Soundgarden — but we were listening to My Bloody Valentine and the first Super Furry Animals album too."

A second album, When It's All Over We Still Have to Clear Up , gathered momentum but also marked the end of Snow Patrol's days as an indie-label act. Lightbody gained more confidence with a well-received album recorded by his solo project The Reindeer Section (featuring members of Idlewild and Teenage Fanclub), and added second guitarist Nathan Connolly to a potent lineup that already included bassist Mark McClelland and drummer Jonny Quinn. "My mum thought I was being kidnapped by rock stars," Connolly recalls of his induction.

The resultant Final Straw is a summation of the group's strengths: again ranging from reflective poignancy to near-psychedelic pop anthems. Also entering into the mix are some pointed lyrics about the war in Iraq. "I think it's the first time I've written about something other than my own problems," says Lightbody. "It was a really scary time and that war impacted on the album. There's still the theme of relationships on there too, but there's always been that on Snow Patrol albums. I never write about the nice bits where the relationship starts; it's always about when the chaos kicks in at the end."