Posted in MusicWorld on February 29, 2000 by Xandra Uribe 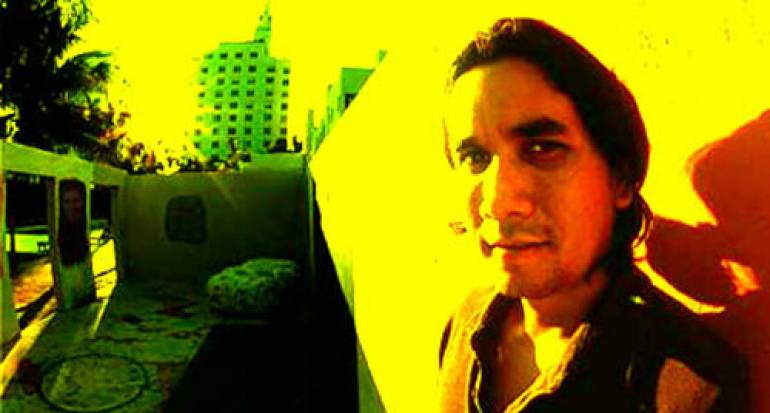 Jorge Villamizar is a Colombian songwriter who has lived in Miami since 1992. He joined the Warner/Chappell writing team in 1997 and his songs are being recorded by numerous Latin pop artists. Alejandra Guzman's (BMG) last CD is named after one of Villamizar's compositions, "Algo Natural."

Villamizar also co-wrote Fernando Osorio's (WEA) just-released debut single, "Vivir". "Writing with Fernando was very special for me," says Villamizar. "I grew up listening to his work, and the fact that he is using a song we created together as his first single definitely makes my day."

Villamizar's band, Bacilos, is one of the "must see" live shows of the Miami live-music scene. At their Marlin Hotel shows, you can feel the internationalization of Latin music. Blending with the crowd is easy; languages vary on stage and on the dance floor, and it becomes hard to tell who is from Brazil and who is from Michigan.

It was in one of these shows that Bacilos was discovered by WEA, which is preparing to release their first album, Madera. This recording is a perfect introduction to Villamizar's unique songwriting style, which smoothly blends his Latin roots with world beats and pop.

"Y2K is definitely my year; it's just starting and I've already got lots of good things going for me, especially getting signed and launching my first album. Things have been tough, in the past, but now the effort is paying off . . ."